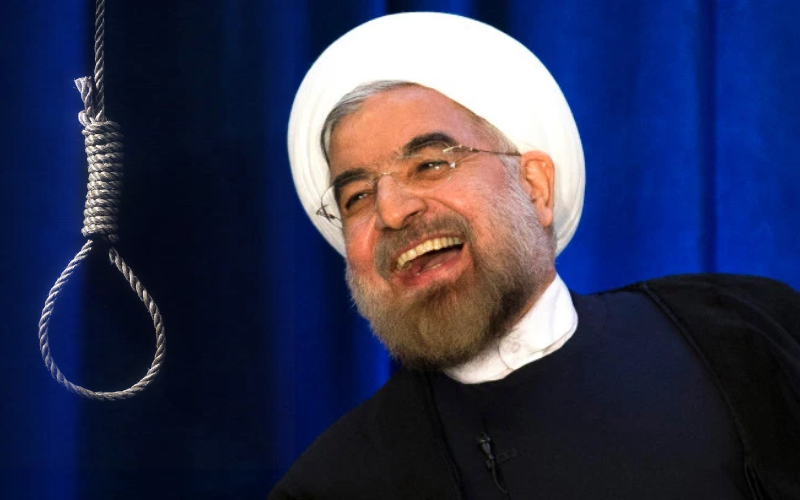 The Iranian authorities, in the central prison of Karaj, have executed a young prisoner for a crime he allegedly committed at the age of just 16.

They executed 21-year-old Saeed Mohammadi on Friday, October 25, but, as with previous cases, the execution has not been published in the state-run press and media. This is because the Iranian government likes to bury stuff that makes them look bad.

Iran is one of just four countries that are known to have executed child offenders since 2013, even though international human rights law bans death sentences being handed down to anyone under the age of 18.

Iran clearly does not respect this law. In fact, in Iran, the death penalty can be handed down to children as soon as they’ve reached “maturity”, which is 15-years-old for boys and a horrifying 9-years-old for girls. How can it be that you could be sentenced to death before starting puberty?

Javaid Rehman the United Nations special investigator on human rights in Iran told the UN General Assembly’s human rights committee on October 23 that Iran executed seven child offenders last year and had executed two so far in 2019. He then said that he has “credible information” there are at least 90 child offenders currently on death row in Iran.

Rehman expressed concern over the use of the death penalty in Iran, noting that its execution rate “remains one of the highest in the world” even after a drop from 507 executions in 2017 to 253 in 2018. (This was likely a response to the “maximum pressure” campaign enacted on Iran by the US.)

MP Frédéric Reiss: The regime in #Iran holds the record of executions per capita. He has executed 7 juveniles last year and two since the beginning of this year. #NoImpunity4Mullahs #1988Massacre #FreeIran #DirectAN pic.twitter.com/k99uZQJLcw

He said that so far this year, “conservative estimates indicate that at least 173 executions have been carried out”. Again, this indicates that there may be many more that have been covered up by the mullahs.

One of those executed in 2018 was Zeinab Sekaanvand, who was convicted of murdering her husband at age 17.

Following her arrest, she told the authorities that she was a victim of domestic violence for over two years since she got married at 15.

She had made several complaints to the police before her husband’s death, but none of these were investigated. She even asked her husband for a divorce, which he did not grant, and tried to move back with her parents, which they did not allow.

She was forced to make a false confession and denied access to a lawyer during her detention, but had it not been for the misogynist marriage laws that allow men to marry girls as young as ten, this would never have happened.

Iran is Obama’s ‘only chance’ of success: Ahmadinejad

Iranian Regime Cannot Cease In-Fighting, Even for Its 40th Anniversary

By Mehdi During the state sponsored demonstrations that were held...