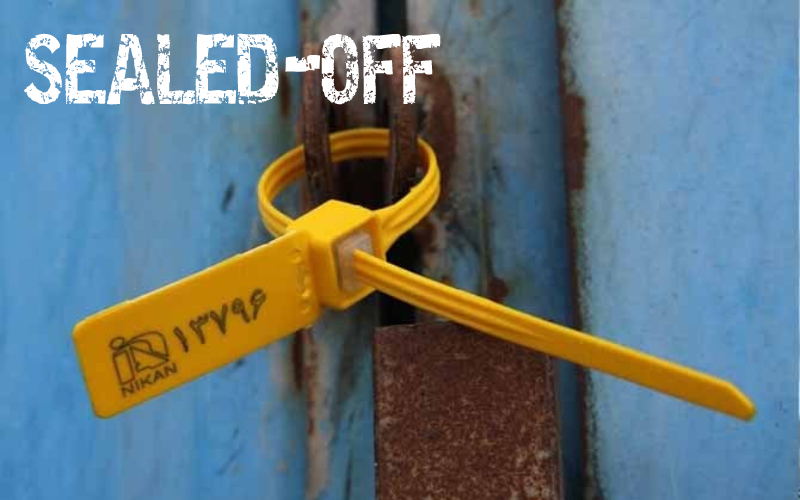 Some 18 businesses have been sealed-off in south-western Abadan city, Iran, because they did not observe Islamic rituals and law, according to the commander of the state security forces there.

Colonel Seyyed Mohsen Taghizadeh told the state-run IRNA news agency that the police force tasked with monitoring public places in Abadan will implement a plan to increase their control of businesses. This plan will intensify existing measures to control, monitor, and prevent the activities of unlicensed businesses, as well as deal with businesses that break the law.

At this point, it’s important to note that the Iranian authorities have been imposing its warped brand of Islam and the lifestyle choices that go alongside it upon the Iranian citizens since the mullahs took power in 1979. The government states that anything outside of this structure is “Western” and “unconventional”.

In related news, Iranian state-run media reported on October 28 that security forces in Alborz province, which is northwest of the capital Tehran, had arrested five shopkeepers and shut down 13 stores for selling “unconventional clothing”, which could mean anything given the government’s restrictive dress code; especially for women.

The head of the Alborz Tazir Organization, which is a group that hands out punishments for breaking Islamic law, told the state-run IRNA News Agency that the 13 shops were closed after police carried out inspections on 150 clothing stores in the province.

Ali Akbar Mokhtari said: “Buying and selling clothes with Latin letters, signs and designs for Western music bands and groups and in general, clothing that conflicts with Islamic culture and values is banned in shops.”

He went on further to say that the five detainees were arrested for “spreading Western culture and selling clothes and symbols of Satanism”.

In yet another development that shows overreach by the Iranian government, the state-run Young Journalists Club (YJC) reported on Saturday that official institutions and bureaus have been suspended and sealed-off for registering marriage contracts based on ancient Aryan ceremonies and rites.

The state-run media quoted the head of Iran’s Union of Marriage and Divorce registration bureaus as saying that 34 of these bureaus, mainly located in Tehran, have been suspended.