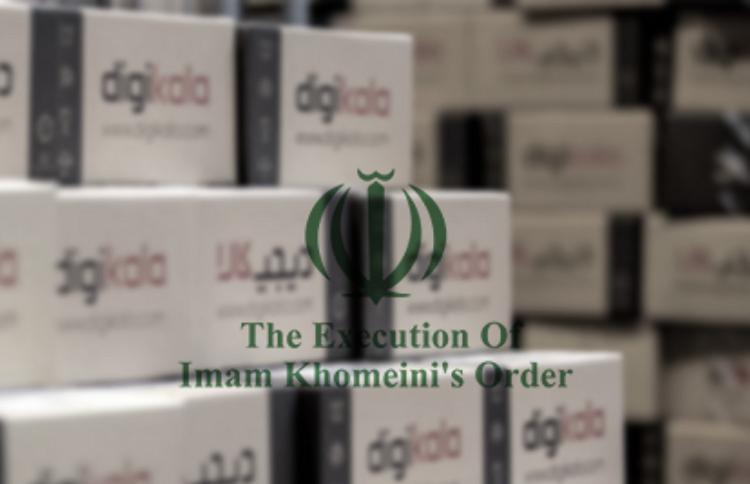 Evidence shows that the “Execution of Imam Khomeini’s Order (EIKO)” has hoarded millions of face masks, while many Iranians daily fall victim to lack of face masks, special gowns, and other medical items. This flagrant profiteering comes when the lives of infected citizens with coronavirus are exposed to serious risk.

During March 1 and 2, Iran’s health minister Saeed Namaki acknowledged president Hassan Rouhani about the lack of face masks through two letters. “Some [people] have stacked the special gowns and [face] masks in depots for profiteering and selling for hundreds of times the cost or smuggling to other countries. After ten days, they delivered one million masks alone and I don’t know where the remaining [masks] are stored. How dare this opportune network announces it can offer 200 million masks in 24 hours in a [particular] place?” Namaki wrote in his letters.

However, the minister didn’t raise the name of this mafia that endangers innocent lives by hoarding the necessary items. Undoubtedly, only a state-backed institution can commit such a crime with full impunity. There is no need to say that Namaki has concealed the name of obedient mafia to the supreme leader Ali Khamenei or the Revolutionary Guards (IRGC).

Notably, Rouhani’s minister pursued to excuse himself and his faction from responsibility for the coronavirus disaster by attributing the fault to the pro-Khamenei officials and institutions. However, he didn’t ultimately dare to reveal the main reason and satisfied with the implicit needling of the rivals. Namaki, of course, evaded the Khamenei-controlled EIKO from accountability while dozens of Iranians are losing their lives every day.

Previously, on February 27, the state-run media quoted Mohammad Mokhber, the chief of the EIKO, as saying that the contract of producing 50 million regular face masks has been signed and the first cargo will be distributed in Tehran as soon as possible.

Mokhber also added that the contract of producing one million medical gowns is closed and the gowns will be delivered to the Health Ministry over the three-four upcoming days. Regardless of Mokhber’s bragging about producing– which is later exposed that the institution has imported rather than producing– the question is while the Health Ministry should supervise preparing, producing, or importing the medicinal items, what is the role of EIKO in these sectors?

Additionally, the government, particularly Khamenei tries to portray his institution as a rescue angel to cover-up 41 years of robbery and plundering by this financial firm. Notably, the EIKO collected around $95 billion over these years by impounding properties of the people, especially dissidents. This institute has become a financial empire that dominated all corners of the country.

Furthermore, this institution imports face masks while some days ago, the Industry Ministry’s officials had announced that there is no need to import face masks into the country. In this context, on February 20, the Director-General of Medical Equipment and Supplies of the Food and Drug Administration Hossein Safavi declared that “15 producers of face masks in the country product 1.5 million masks per day, which meets the needs of the country,” ISNA News Agency quoted him on the same day.

In other words, with a ballpark figure, it was supposed that the Health Ministry receives around 18 million face masks until March 2 according to Safavi’s remarks. However, most pharmacies in Tehran and other major cities– let alone small cities and towns– have no face masks and other disinfectant items. Namaki eventually notified that his ministry has received one million face masks over the mentioned period.

In summary, whereas the coronavirus was transferred to Iran with the IRGC-owned Mahan Air for political and financial profits; whereas the Iranian government concealed the news about the outbreak of the virus for several days; whereas the ayatollahs turned a blind eyes to the transmission of Chinese mullahs who brought the coronavirus to Qom, the epicenter of COVID-19 in Iran, to export their revolution; EIKO stabbed the people once again by hoarding and monopolizing the necessary precautionary equipment and selling them in black markets for hundreds of times the price.

In this context, like many other cases that sank the Iranian people in misery and collapse, the footprint of the ayatollahs is seen in this national disaster as the main reason.

Besides many other crimes, such as the 1988 massacre, suppression of popular protests and uprisings, killing 1,500 protesters in November 2019 alone, and downing the Ukrainian Passenger Airliner in January, they should be held accountable for their secrecy, profiteering, and non-transparency over the COVID-19 catastrophe.

They directly had the blood of at least 1,200 people who died of coronavirus on their hands due to their concealing the truth about the virus spreading and depriving ordinary people of the necessary medicinal and medical items by holding them.