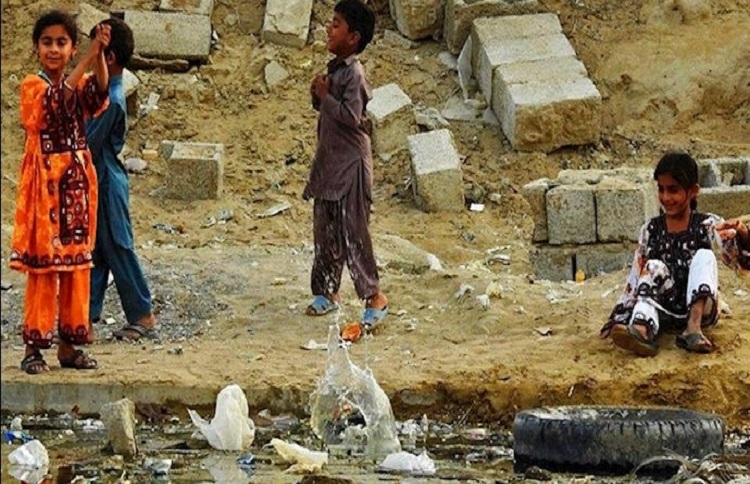 In a shocking confession, Mohamad Reza Mahbubfar, a member of the Iranian Land Management Association, in an interview on 23 May 2020 said:

“In 2017 about 40 percent of Iran’s population was marginalized and in bad housing conditions, but today after three years in 2020, concurrent with inflation and high costs in the housing sector and the increasing of rents, the rate of marginalization has reached 45 percent in the country.”

“If we calculate this 45 percent with the 85 million Iran’s population, today more than 38 million people are marginalized and in bad housing conditions. And shows that the marginalization in the country is increasing in a meaningful way, because of wrong policies and economic problems and speaks about the occurrence of social inequalities and discrimination in the countries system.”

He added, “from the total of all the marginalized people, 20 percent (means more than 7.5 million people) live around the cemeteries.”

Generally, the reason for such a social disaster is the government’s wrong policies and its looting, plundering, and unbelievable amounts of corruption. But if we analyze this more specifically, we see other reasons which are:

Isa Kalantari according to this said: “In terms of water supply Iran bankrupted. Following these years if any enemy were ruling this country, it would not have such behavior with the natural resources and the environment. Everything that is happened to the environment, is happening in the last four decades.” (ISNA 15 October 2017)

But the immigration to the margin areas of the cities has other economic reasons too. On this, the Shahrvand daily on 18 April 2018 wrote: “$800 billion has left the country in the last four decades. We can say, that in the last 40 years, equivalent to the costs of the rebuilding of two war-torn countries capital has left the country.”

From another prospect Mehdi Issazadeh, a lawmaker from Miandoab, in the parliament’s meeting of 2 June 2020 said: “The youth of my city, because of unemployment are sitting at the corner of their houses and are burning like a candle in front of the parents. Seven million unemployed youths and every day it is added to its number, four million single mothers.” (Radio Farhang, 2 June 2020)

About the reason of the marginalization caused because of the wrong environmental policies Ebtekar daily on 26 May 2020 said: “The Khuzestan flatland which once was one of the best places for the agriculture in Iran, thanks to the improper use of water, unscientific water projects, construction of several dams, construction of factories and mine which leads to the water pollution and salinity and the unstable agricultural development, now it has become a half-dried land, which is not suitable for the agriculture anymore. The farmers of Khuzestan are leaving their jobs and have immigrated.”

But this is not just about the rural people, even the people living in the cities are moving to the margin areas. Resalat daily on 30 May 2020 wrote: “In these years the marginalization have found new dimensions and some people living in the poor and middle-class areas of them because of low incomes, they were pushed out from the city life and joined the margin areas. And adding to the primitive living standards of other people, they are deprived of social entities and services.”

Then added: “The poor people of the margin area are facing even crueler poverty, comparing to the poor people with low incomes in villages. If we look at this phenomenon on a large scale, we must blame the discriminatory structures and the unfair distribution of resources.”

About Zahedan’s margin areas, Hossein Ali Shahryari, representative of Zahedan in the parliament, said: “More than 40 percent of Zahedan’s people are marginalized and their livelihood condition is worse than the rural life.” (ISNA 5 June 2020)

But the situation is even worse while now many people have even not the opportunity to live in the margin areas, and live in pits, tombs, under the bridges, sleeping in stores and on the roofs of apartments which is becoming a social crisis. And what makes their situation even worse is the behavior of government agents, while beating, and destroying their small and poor roofs which they have made with hard efforts, just to survive. These repressions by government agents are reflected widely in social media as one of Iran’s daily events.