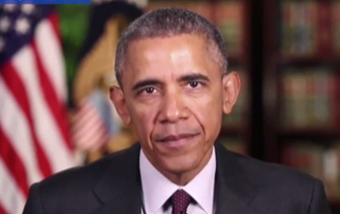 Washington, 2 Apr – United States President Barack Obama on Friday criticized Iranian leaders for undermining the “spirit” of last year’s historic nuclear agreement, even as they stick to the “letter” of the pact.

In comments following the Nuclear Security Summit in Washington, Obama denied speculation that the US would ease rules preventing dollars from being used in financial transactions with Iran, in order to boost the country’s engagement with the rest of the world.

Instead, Obama claimed, that Iran’s troubles even after the lifting of sanctions under the nuclear deal were due to its continued support of Hezbollah, ballistic missile tests and other aggressive behaviour.

“Iran so far has followed the letter of the agreement, but the spirit of the agreement involves Iran also sending signals to the world community and businesses that it is not going to be engaging in a range of provocative actions that are going to scare businesses off”, Obama said at a press conference.

“When they launch ballistic missiles with slogans calling for the destruction of Israel, that makes businesses nervous”.

“Iran has to understand what every country in the world understands, which is businesses want to go where they feel safe, where they don’t see massive controversy, where they can be confident that transactions are going to operate normally”, he added. “And that’s an adjustment that Iran’s going to have to make as well”.

Months after the US and other global powers lifted sanctions against Tehran in exchange for limits on its nuclear programme, Iranian leaders complain that they have yet to reap the benefits, The Hill reported.

“Our banking trade, our efforts to return wealth from their banks, various kinds of businesses that require financial services — all of these are still facing problems”, Iran’s Supreme Leader Ayatollah Ali Khamenei said in an address last month. “When we investigate the issue, it becomes obvious that [the banks] are afraid of the United States”.

Despite the lifting of sanctions, American companies are still banned from doing business in Iran and foreign banks are prohibited from using the US dollar for their Iranian dealings. Earlier this week, multiple reports indicated that the White House was considering easing financial rules to let foreign companies use the dollar to do business with Iran.

But on Friday, Obama appeared to shoot the idea down.

“That’s not actually the approach that we’re taking”, he said.

“It is not necessary that we take the approach of them going through dollar transactions”, he added. “It is possible for them to work through European financial institutions as well”.

Instead, Obama said, Treasury Secretary Jack Lew and other US officials would help “provide clarity” to global businesses about what kinds of work they can do in Iran under current rules.

AP: As Iran and world powers prepare for new...