Bahrain: Gulf Arabs serious about standing up to Iran 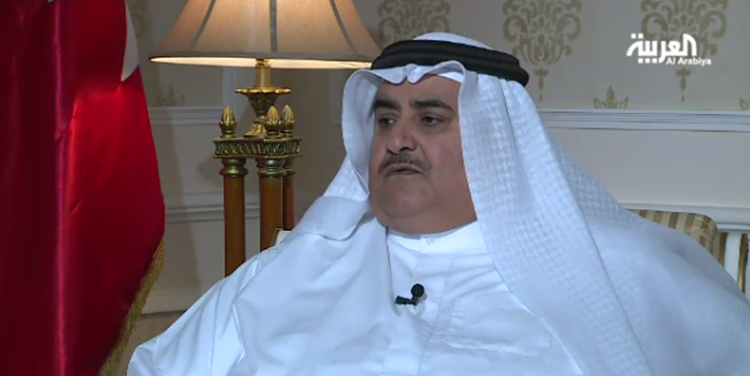 Dubai, 2 Apr – Bahrain’s foreign minister said on Friday that Gulf Arab states were prepared to confront Iran over its foreign policy and Tehran should drop its support for Middle East factions.

Sheikh Khaled bin Ahmed al-Khalifa also played down any difference with the United States over remarks by US President Barack Obama last month telling Saudi Arabia and Iran “to find an effective way to share the neighbourhood”, Reuters reported.

Ties between Manama and Washington remained strong, he said.

Bahrain cut diplomatic relations with Iran in January, one day after Saudi Arabia severed ties with the Islamic Republic following attacks by demonstrators on its diplomatic missions in Tehran and Mashhad in response to Saudi Arabia’s execution of a prominent Shi’ite Muslim cleric.

“We send a message to Iran and to all its followers. We are now serious about confronting it and we have no hesitation to defend our people, states, interests and brothers in the region because this is a vital issue for us”, Sheikh Khaled said in an interview with the Dubai-based al-Arabiya channel.

Bahrain accuses Iran of fomenting unrest in the country and of supplying weapons to Shi’ite militants behind several bomb attacks on security forces. Iran denies the charges.

Sheikh Khaled said Bahrain and other Gulf Arab states were ready to turn a new page with Iran if it changed its policies.

“The main step is that Iran must completely change its foreign policy towards the countries of the region”, he said.

This included Iran dropping its support for the Lebanese Hezbollah organisation and other groups.

Asked about Obama’s remarks to The Atlantic magazine, in which he urged Saudi Arabia and Iran to work together, Sheikh Khaled said: “The issue does not carry a change in policy”.

Reuters: The quantity of Iranian bomb-making components being found...

Reuters: Iran, the United States and Iraq will hold...