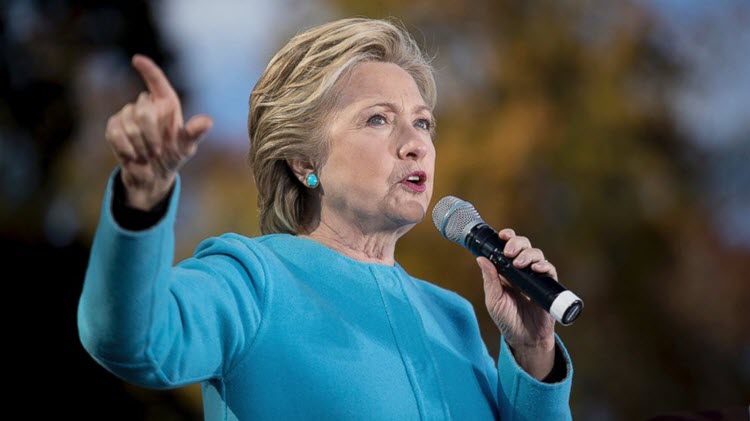 London, 25 October – This weekend a speech by Hillary Clinton was made public on WikiLeaks. On October 28, 2013, she voiced her skepticism over Iran and attempts to portray their current president Hassan Rouhani as ‘moderate’.

Speaking to members of the Jewish United Fund of Metropolitan Chicago, just after Obama’s historic phone call to Rouhani, she said: “I believe that Rouhani was allowed to be elected by the two major power sources in Iran, the supreme leader and the clerics and the Revolutionary Guard … in part because the sanctions were having a quite damaging effect on the economy.”

She also questioned the true motivations behind the Iranian regime’s actions. “I don’t think anyone should have any illusions as to the motives of the Iranian leadership. What they really want to do is get sanction relief and give as little as possible for that sanction relief.”

Eli Lake, a writer for the English Edition of ASHARQ AL-AWSAT has highlighted the opinion split between Clinton and Barack Obama over Iran, in a recent article.

It appears that Obama and Clinton see Rouhani’s regime in a different light. Obama’s administration has made efforts to give a moderate view of the Iranian president, on the backdrop of the Iranian regime’s more “hardline elements”. In 2013, The Treasury Department “paused its process of blacklisting front companies meant to evade sanctions.” Two years later, the Obama administration dismissed the proposal from the Congress to monitor the visas of those U.S. visitors who had also traveled to Iran.

The approach undertaken by Obama assumes that a democratic change is possible in Iran, under the rule of Rouhani. His view of the current Iranian president as a ‘moderate’ force has not been kept from the public. In 2015, Obama told NPR openly that “the Rouhani administration — the forces that are more moderating, even if, let’s acknowledge, that they don’t share our values and they still consider us an enemy — if they are shown to have delivered for their people, presumably it strengthens their hand vis-a-vis some of the hardliners inside of Iran.”

Clinton does not share the same views over Iran and president Rouhani. Her view of Iran has been much more sceptical. In a speech she gave in Chicago, she announced that Rouhani’s attempts to reach out to the West was nothing more but “charm offensive.”

She didn’t dismiss the U.S. negotiations, nor the importance of having the U.S.-Iran nuclear deal. She’s been supported by the Republicans in this regard. In fact, officials from the State Department who worked under Clinton began to have discussions, in secret, with the Iranian regime before Rouhani was elected. For the next 10 to 15 years, the deal will help manage Iran’s nuclear program. Clinton believes that all this is important as “a sign of good faith to the international community.” However, she is firm in her views that this will make no difference to the internal politics in Iran.

Recently leaked e-mails have revealed that Clinton was “far more attentive to concerns from skeptics of the deal, starting with Israel’s Prime Minister, Benjamin Netanyahu.” This has been evidenced by the e-mail exchanges between Jake Sullivan, Clinton’s national security aide, Stuart Eizenstat who worked as a senior official at State Department while Bill Clinton was president.

More specifically, an e-mail from Eizenstat to Sullivan, sent in December 2015, discussed a message received from Netanyahu. According to Eizenstat, Netanyahu had told him that “the prime minister always had a ‘surprising good relationship’ with Hillary; she is ‘easy to work with,’ and that she is more instinctively sympathetic to Israel than the White House.”

As opposed to Clinton, Obama has been reported to disagree with Netanyahu and several pro-Israel organizations over the Iran deal back in 2015.