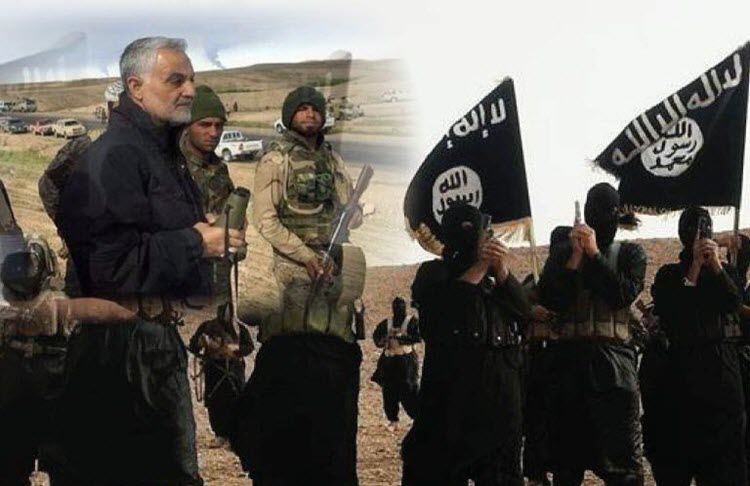 London, 25 October – On Monday, Wikileaks released information that John Podesta, Hillary Clinton’s chairman, asked her to take out a line from one of her speeches. This line suggested that fighting the Islamic State (ISIS) and the Iranian regime are “intimately related” missions. The speech was delivered at the Brookings Institute’s Saban Forum in 2015, with this line missing.

Podesta gave the following reasons for his decision: “I think the sentence… is intellectually flabby and can get us in more trouble than it’s worth.” He continued: “Saying that we have to deal with both problems simultaneously is not the same as implying that both need resolution or neither can be solved.”

During the speech, Clinton confirmed her support for the U.S.-Iran nuclear deal. Following a secret agreement, Iran will be able to “pursue nuclear weapons in 11 years,” as reported by Breitbart.

While Clinton publicly supported the deal, she did not dismiss the possibility that military force may have to be used to ensure that Iran does not violate the deal. Nonetheless, military action against Iran should be taken as a very last resort.

“We all agree that Iran can never be allowed to obtain a nuclear weapon,” she said in her speech at the Brookings Institute’s Saban Forum. “Now as you know I supported the nuclear agreement negotiated by the United States and other members of the Security Council plus Germany. Is it perfect?”

“No, no agreement like that ever is. But I believe if it is aggressively implemented and enforced this deal will help us prevent a nuclear-armed Iran. Now that said it’s not enough to say yes to this deal, we have to say yes and we will vigorously enforce it… Our approach must be distrust and verify…”

“They’ve already started to do so with a ballistic missile test and other provocative behavior. We have to response to these provocations including with further sanction designations as necessary.”

Clinton said that ISIS, on the other hand, “an exponential force.” She went on to accuse “the Saudis, the Qataris, the Kuwaitis and others” for standing idly by while their citizens “support radical schools and mosques around the world.”

Clinton went on to say that because of Iran, Bashar al-Assad’s notorious regime in Syria is still standing. However, she was careful not to equate “the struggle against the Sunni and Shiite terrorist powers in the region.”

The Iranian Supreme Leader Ayatollah Khamenei has made claims in the past that it was the U.S. was the one to blame for ISIS originating, in order to get more support for Assad. The Iranian regime is funding the Shiite militias in Iraq. These have been held responsible for “attempted ethnic cleansing, torture, and murder of Arab Sunni civilians in Iraq, and reportedly sent top commander Qasem Soleimani to Iraq in May 2016.”

The very same Shiite militias that the Iranian regime have been funding have released threats to “abandon any challenge to the Islamic State if the United States participates in the struggle against ISIS.” Instead, they would aim their weapons against the American forces.

The Islamic State has declared a holy war against Iran. ISIS considers the Shiites as heretics of Islam, who deserve “more scorn that Christians or pagans who do not claim Mohammed as part of their religion.”

EU ministers to review policy on Iran ahead of UN meet

Reuters: Iran's post-election protests one year ago posed a...