Iran: What Can Trump Do With the Iran Nuclear Deal? 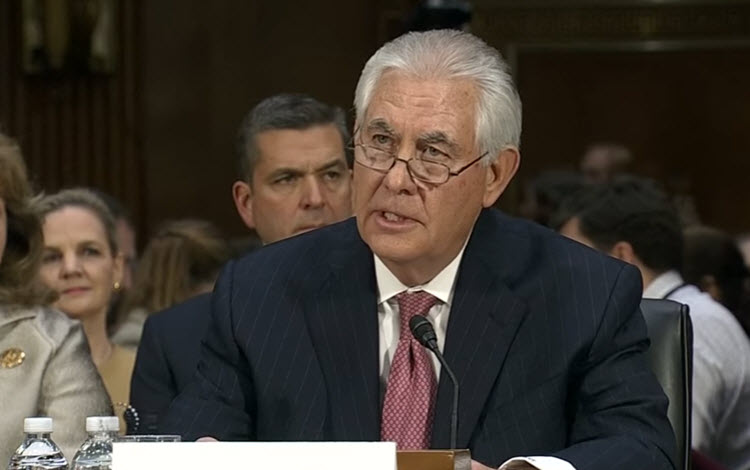 London, 12 Jan – President Obama claimed that the Iran nuclear deal (his biggest foreign-policy achievement) would moderate the Iranian regime. Well, it didn’t. And now that the U.S. is in the transition period between two presidents, Iran is becoming more and more aggressive.

On Wednesday, Secretary of State-designate Rex Tillerson said to the Senate Foreign Relations Committee that America has been ignoring Iran’s violation of international accords under Obama.

One such example of this is that Iran is producing more plutonium than the agreed limits in the deal. So the Obama administration purchased (often in cash) the excess heavy water that Iran was producing so that it would not break the deal. US officials of course had an answer. They said that they were helping to slow Iran’s progress to the nuclear bomb.

Earlier this week the Associated Press reported that the US paid Iran with another form of compensation; 116 metric tons of raw uranium. This is in addition to the $8.6 million payment that the US made for taking its excess heavy water.

It must be noted that Iran can have raw uranium under the deal as it can be used for normal energy production. However, if it is enriched, the amount given to Iran by the US could potentially create 10 nuclear bombs.

Olli Heinonen, a former UN nuclear inspector, said that Iran is getting raw uranium from other places too which suggests that Iran “may be stockpiling uranium to reach nuclear breakout before the deal’s initial limitations expire”.

So if President Trump decides to scrap the deal, like he has said in the past, it means that Tehran can (thanks to Obama) go back to racing towards a nuclear bomb. And worse – it already has the raw materials.

So from this point of view it would be crazy to scrap the deal because it will just push Iran closer to the bomb. Obama was crafty in that if his deal was broken, the consequences would be worse.

So what can be done? Tillerson suggested that the deal should be fully reviewed and said that the US should not tolerate any enrichment or storing of nuclear materials. He said it was essential for the regime to adhere to these terms.

Another worry is whether Iran would be prepared for a military confrontation with the US. Although the deal was supposed to moderate the regime, nothing has improved. In fact, the situation is worse because Iran is more aggressive than ever – not just at home, but also abroad. The regime has sent weapons and manpower to Iraq, Yemen, Lebanon and Syria.

Tillerson said that as well as renegotiating the deal with better terms, the Revolutionary Guards in Iran should be designated terrorist. The Iranian regime also needs to be expelled not only for the havoc caused in Iran, but for the wars it is fuelling abroad.

One thing is for sure with the trump administration rulers in Tehran will not have free reign to disregard international accords and laws.

Get tough with Iran, Brown urges

BBC: Gordon Brown has called for the UN to...

Iran says will only negotiate with IAEA in nuclear standoff