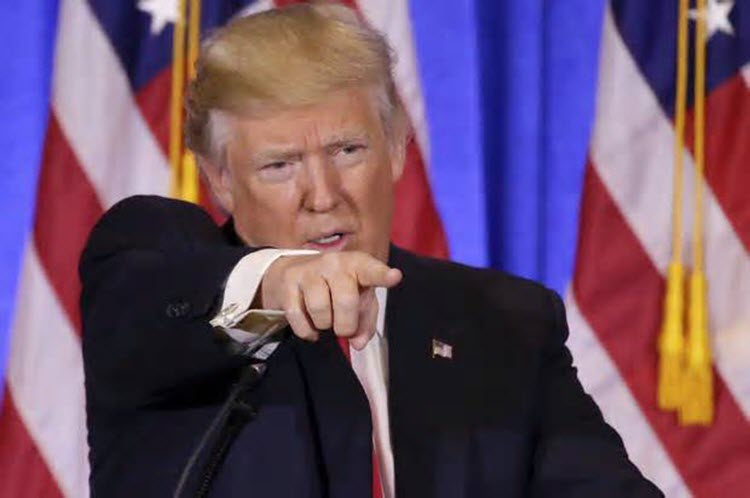 Washington, 13 Jan – Donald Trump’s election as the next president of the United States presents the Islamic Republic of Iran with tremendous uncertainty and, perhaps, anxiety, writes the political director of the Organization of Iranian American Communities in the U.S.

Iranian-American dissident Majid Sadeghpour, representing the OIACUS, wrote on Thursday for The Hill:

Since JCPOA, the Islamic Revolutionary Guard Corps (IRGC) has conducted a number of ballistic missile tests in defiance of the United Nations Security Council resolutions regarding the development of weapons capable of carrying nuclear warheads.

It has further threatened and sought to provoke U.S. forces in the Persian Gulf. These are instances of what Mr. Trump has clearly defined as intolerable.

Given his choices for national security advisor and secretary of defense, there is good reason to take the president-elect at his word. But, the specific measures that the incoming Trump administration is willing to take remain to be seen.

In addition to the real prospects of a substantive shift in U.S. policy, the mullahs are facing other serious challenges. Over the weekend, nature made the regime’s future even more tenuous by removing one of its two pillars.

On Sunday, Ali Akbar Hashemi Rafsanjani, a co-founder of the Iranian theocracy, died of cardiac arrest. Having begun his political career in the Islamic republic as the head of its parliament, Rafsanjani then served two terms as president (1989-1997).

Rafsanjani also headed the powerful Assembly of Experts, which selects the supreme leader, and was the chairman of the Expediency Council.

As Iranian opposition leader Madam Maryam Rajavi noted, Rafsanjani “was associated with some of the regime’s most egregious actions, including mass-casualty terror attacks and the assassinations of exiled dissidents.”

Indeed, he was always the number two figure in the clerical regime — a fact that is at odds with his widespread portrayal in Western media as a “reformist.”

The reality is that Rafsanjani was arguably the leading architect of Iranian foreign policy for three decades; one that relied upon international terrorism and the false appearance of moderation.

This approach has particularly been on display since the 2013 election of Rafsanjani’s protégé, Hassan Rouhani, as the Iranian president. His willingness to work with the United States to negotiate a nuclear deal allowed some global policymakers to again express hope for change in the dictatorship’s behavior.

It is true that three years of Rouhani led to a nuclear accord, but the regime’s predatory behavior continues to wreak havoc across the Middle East and within Iran itself.

Meanwhile, the Iranian people are in a worse position, having endured nearly 3,000 executions under Rouhani. Massive crackdowns on women, youth, social and political activism, the press, the arts, and the mere appearance of pro-Western attitudes remain central to Tehran’s survival.

Thus far, the false narrative of moderation has survived in the West.

This should not come as a surprise, considering that during Rafsanjani’s rise to power, a similar narrative provided the unintended cover for the regime to carry out various state-sponsored assassinations, bombings by Iran-backed terrorist groups, and even the massacre of 30,000 political prisoners during the summer of 1988.

Rafsanjani participated in all of this, yet his willingness to make backchannel deals with U.S. officials, as in the case of the Iran-Contra Affair, earned him an absurdly positive reputation.

Already, Donald Trump’s ascendance in the United States has shaken the moderation narrative. It would now be a tremendous act of self-delusion for the U.S. to convince itself that Iran is heading toward more moderation, especially in the wake of Rafsanjani’s death.

It is not expected that the Trump administration would become hostage to this myth.

In reality, Rafsanjani’s death robs the clerical regime of a stabilizing force. A more decisive policy, formulated and executed by a similarly realistic U.S. president, is likely forthcoming.

These factors set the stage for a different dynamic in Iranian politics where the ruling clerics will be deprived of undue foreign assistance and internal stability.

The unelected ayatollahs in Iran will at last have to contend with 80 million disenchanted people while working hard to manage Tehran’s over-extended tentacles that reach across the region.

Neither appeasement nor military action against Iran will be productive. The only viable alternative is to stand with the Iranian people and their organized opposition, supporting their aspirations for a free, secular, non-nuclear and democratic Iran that respects international covenants.

Majid Sadeghpour is the political director of the Organization of Iranian American Communities in the U.S. (OIACUS).

US finds scant progress in IAEA report on Iran: envoy

AFP: Iran has delivered scant evidence to suggest that...