A Primer on Iran’s Nuclear Program 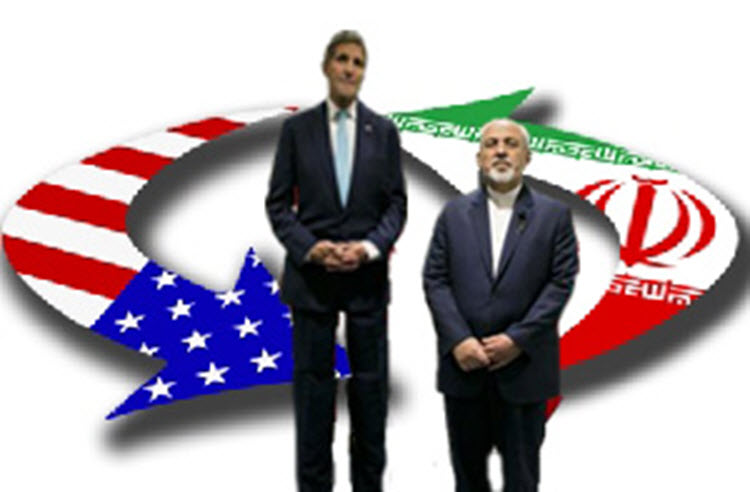 London, 31 Jan – On July 14, 2015, world powers and Iran reached an agreement over the latter’s illicit nuclear program, which had been the subject of global tensions for more than a decade. The international community had concerns over Iran’s possible goal to obtain nuclear weapons, an allegation that the Iranian regime denied.

Knowing that ideological discrepancies will prevent it from bridging the gap to integrate with the international community, the mullahs-ruled Iran has relied on hostility and animosity toward its regional and global rivals to maintain the shaky foundations of its rule.

Iran’s web of spies, terror squads, proxy militias and front organizations in neighboring countries and across the world serve as its main implement to maintain authority among regional peers and prevent problems from spilling within its own borders.

In this respect, a nuclear weapon would serve as the ultimate deterrent that could solidify the Iranian regime’s hegemony in the region and immune itself against foreign actors and policies.

While the Iranian regime has never explicitly confirmed its desire to build nuclear weapons, its officials have left a breadcrumb trail of what the true nature of its nuclear program might be, at times expressing Tehran’s desire to be part of the nuclear club, while at others loudly entertaining thoughts of obtaining and using atomic weapons against other nations.

The International Atomic Energy Agency (IAEA) ultimately declared based on evidence that Iran had been involved in activities related to making nuclear weapons. The allegations were never acknowledged by Iranian officials.

Under the presidency of Akbar Hashemi Rafsanjani, Iran’s previously suspended nuclear program, which dated back to the Shah (pre-1979 revolution) era, was resumed with the help of Russia and China. But while as a member of the Non-Proliferation Treaty (NPT), Iran provided International Atomic Energy Agency (IAEA) inspectors access to its nuclear facilities, major parts of its program remained concealed.

In 2002, the National Council of Resistance of Iran (NCRI) revealed two previously undisclosed facilities in Natanz and Arak, the former a nuclear enrichment complex and the latter a heavy water reactor plant. Satellite images later confirmed the existence of the facilities.

The NCRI’s revelation triggered a series of inspections and negotiations between Iran and world powers. In 2003, the IAEA confirmed that Iran had failed to uphold its commitments under the NPT.

Under international pressure, Iran agreed in late 2003 to allow snap inspections of its facilities by the IAEA under the Additional Protocol and suspend all enrichment-related activities, and reiterated its commitment in the 2004 Paris Agreement.

However, as tensions escalated, Tehran reneged on its promises in 2005, resuming uranium enrichment work and cutting IAEA’s access to its facilities. During this period, the Iranian Resistance further exposed the secret dimensions of Iran’s nuclear activities, including thousands of centrifuges Iran had hid from international inspectors.

In 2006, Iran’s nuclear dossier was deferred to the UN Security Council, which demanded Iran to suspend its nuclear activities by late August on pain of sanctions. As Iran failed to comply, the UNSC subsequently imposed a series of sanctions against Iran’s import of nuclear and ballistic missile technology.

The UNSC passed a total of six resolutions over Iran’s nuclear program between 2006 and 2010, ratcheting up sanctions on entities and activities in response to Iran’s continued defiance to the international community’s demand to halt its nuclear enrichment program.

During this period, the IAEA released a number of reports, none of which could confirm Iran’s claims that its nuclear program was peaceful. In the meantime, Iran continued to strengthen its uranium enrichment capabilities and proceeded with the construction of the Arak heavy water reactor. In parallel, Iran obstructed inspection of its facilities and destroyed evidence that could possibly relate to its past weaponization activities.

In 2013, under the pressure of economic sanctions and fearing social dissent, Iran agreed to re-engage in negotiations with P5+1 (U.S., UK, France, China, Russia and Germany) in order to achieve a compromise over its nuclear program.

After a series of tense negotiations that lasted the better part of two years, Iran and world powers struck a deal on July 14, 2015. The accord, which became known as the Joint Comprehensive Plan of Action (JCPOA), set curbs on Iran’s nuclear program in exchange for the lifting of international sanctions and access to more than $100 billion worth of frozen assets abroad.

The JCPOA, which came into effect on January 16, 2016, aims at extending Iran’s breakout time (the time it would take for Iran to produce a nuclear bomb if it pulled back from the deal) from a few months to a year, and cut off its reach to nuclear bombs through its facilities at Fordow, Arak and Natanz, and a fourth secret pathway.

The goal is meant to be achieved by Iran agreeing to putting caps on its uranium stockpile and enrichment level as well as redesigning the core of the Arak reactor to prevent the production of weapons-grade plutonium. Under the deal, Iran has also committed to allow inspections of its known sites and agreed to a framework for the inspection of previously undeclared sites.

But while proponents of the deal, including the Obama Administration, claim the deal has prevented a full-fledged military conflict and helped promote peace in the region, many facets of the deal have made it controversial and subject to criticism by pundits and politicians.

The fact that the deal acknowledges uranium enrichment for Iran, a regime that is associated with instability and terrorism in the Middle East and across the globe, has caused much concern, especially among other countries of the region. Meanwhile, the robustness of the inspections have also come under question.

Moreover, there’s been a lot of debate over the sunset clause, the section of the accord that allows Iran to resume the expansion and advancement of its nuclear program after ten years, which effectively gives Tehran the green light to seek nuclear weapons technology without fear of reprisal once the deal expires.

Also, no provisions have been placed to prevent the Iranian regime from taking advantage of the economic benefits of the deal to fuel its other questionable activities in the region, namely its meddling in Middle East countries and its support of terrorism.

The future of Iran’s nuclear program

The JCPOA’s future is tenuous and in a cloud of doubt. After its signing, Iran has toed the line on several reprises and violated the spirit of the deal if not the letter.

There’s also an escalating wave of discontent in the new U.S. administration and countries of the Middle East region about the concessions given to Iran under the nuclear deal. The Iranian regime for its part has threatened to retrace its steps and resume its nuclear program.