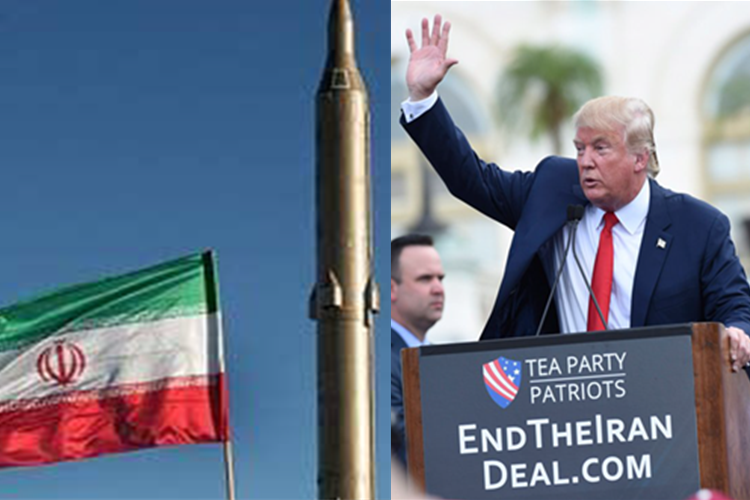 For the Iranian mullahs, this was a terror-induing statement; they previously discussed their fears that Trump would tear up the 2015 nuclear deal, which has given the Iranian Regime a lot of benefits.

A further problem for the Regime, the USA’s general view on the Iran deal is shifting, and the Trump administration his filled with Iranian sceptics.

Senator Tom Cotton, a fierce critic of the nuclear deal, said: “[Trump] is going to be much more forceful on the terms of the nuclear deal itself, and that itself may cause the ayatollahs to walk away, but I also know that he intends to confront…Iranian regional aggression, and their imperial project around the Middle East.”

He said: “The US must prepare for action against Iran, if necessary. I told Trump we need to repeat what we want, for Iran not to have nuclear weapons and for the Islamic Republic to stop striving for a Shiite hegemony in the region. If you ask the Gulf States, their first problem is Iran, and only afterwards comes ISIS, Yemen…”

Iranian regime officials have threatened to “burn” the nuclear deal if the Trump administration decides to tear it up, the diplomatic equivalent of “You can’t fire me, I quit”. Iran is the country who benefits that most from the nuclear deal and they would do almost anything to preserve the benefits they receive, except for actually following the rules of the deal.

Trump’s West Asia affairs adviser, Walid Fares, has promised a renegotiation of the deal, regardless of how Iran may react.

He said: “Iran must accept a JCPOA revision. Otherwise, the US will be forced to adopt other methods to protect regional countries.”

Another worry for Iran is that America may be strengthening ties with traditional US allies like Saudi Arabia.

Saudi Foreign Minister Adel al-Jubeir said, at a press conference: “[Trump has] spoken about containing Iran and its ability to cause mischief, and making sure Iran abides by the agreement. This is exactly our position.”

It is also clear that Trump will focus on issues that were not mentioned in the nuclear deal, like Tehran’s support for terrorism abroad and human rights violations at home.

Another thing that Trump can do to build a legacy in the middle east, is by working with the Iranian Resistance, as was advised by 23 former senior American officials.

They told Trump that the National Council of Resistance of Iran (NCRI), led by Maryam Rajavi, advocates a peaceful, progressive and tolerant Iran, free of nuclear weapons and dedicated to human rights.

By Jubin Katiraie The Iranian regime’s slogan over the...

US official says Iran should not issue threats