Coming US Crackdown on Iran 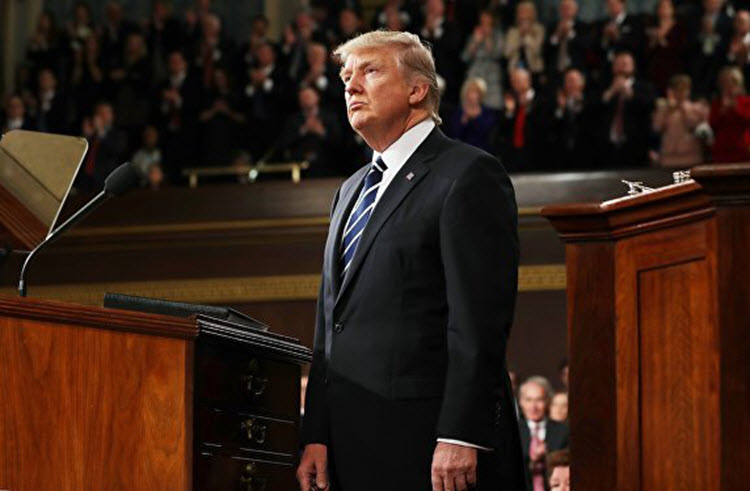 London, 26 Apr – Soon the US will once again begin ramping up pressure on Iran, which has lagged considerably over the past eight years.

While Donald Trump may not be quite ready to tear up the nuclear deal, which gave Iran considerable sanctions relief in exchange for stopping Iran’s nuclear weapons programme (which notably has not stopped the Iranian Regime’s programme at all), he may be ready to target the Gulf nation in other ways.

United Nations Ambassador Nikki Haley addressed the UN Security Council last week about the current ban on Iran either importing or exporting weapons. She advised that Iran has continually defied these bans in order to sell arms to Hezbollah in Lebanon and the Houthis in Yemen.

She said: “The United States will work closely with our partners to document and address any actions that violate these resolutions. We must take a stand against Iran and Hezbollah’s illegal and dangerous behaviour.”

Last week, Iranian dissident group, the National Council of Resistance of Iran, reported that the Regime is still working on nuclear-related high explosives at a secret location in Parchin, which is off-limits for inspectors from the UN and the International Atomic Energy Agency.

Even before this revelation, Trump had argued that Iran is “not living up to the spirit of the nuclear agreement.”

In its official report to Congress, the State Department certified that Iran was compliant with the nuclear pact, but this was before the most recent revelation of a secret location.

However, in that same report, Secretary of State Rex Tillerson noted that Iran remained at the top of the State Department’s list of terror sponsors. He added that a new review will evaluate if ending sanctions “is vital to the national-security interests of the United States.”

The House of Representatives and the US Senate are also preparing new bills that would impose new sanctions on the Iranian missile programme and penalise Iran over its terrorism sponsorship, respectively.

For those worried that punishing Iran would alienate the US, experts in the field think otherwise.

Former administration official Anthony Rugierro, now with the Foundation for Defense of Democracies, notes that the US has a lot of power; it can block access to world banking and force companies to choose whether to do business with Iran or the US.

Given that choice, no one would pick Iran.

Israeli Minister of Intelligence Israel Katz, who was in the US to make the case to Congress for renewed sanctions against Iran and Hezbollah, spoke with Benny Avini of the New York Post.

He said that more sanctions would likely come after the Iranian elections on May 19.