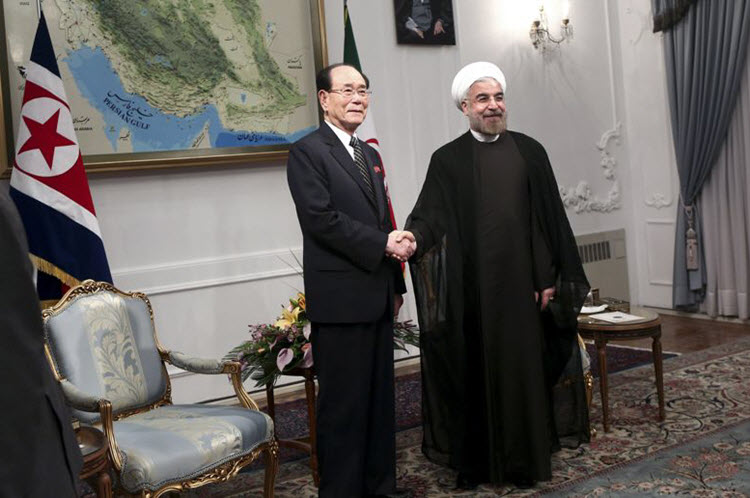 London, 5 May – Pentagon officials saw more evidence of North Korea’s assistance when Iran tried to launch a cruise missile from a midget submarine earlier this week. Intelligence reports claim the submarine was the same type that sank a South Korean warship in 2010, which was Pyongyang designed.

This was the first time Iran attempted to launch a Jask-2 cruise missile underwater, but the launch failed, according to U.S. defense officials. That North Korea and Iran are sharing expertise when it comes to their rogue missile programs has been long suspected by nonproliferation experts.

Perhaps most worrisome for the United States is that this occurred in the narrow and crowded Strait of Hormuz, where much of the world’s oil passes each day.

Jeffrey Lewis, a missile proliferation expert at the Middlebury Institute of International Studies at Monterey said, “The very first missiles we saw in Iran were simply copies of North Korean missiles, over the years, we’ve seen photographs of North Korean and Iranian officials in each other’s countries, and we’ve seen all kinds of common hardware.”

The ballistic missile Iran tested in late January was based on a North Korean design, the Pentagon said. Another missile launch conducted by Iran last summer, was similar to the most advanced missile Pyongyang has successful tested to date, a North Korean Musudan.

North Korea successfully launched a missile from a submarine for the first time in 2015, and officials believe Tehran is not far behind.

North Korea and Iran are the only countries in the world who deploy the Yono-class submarine. Midget subs are used in shallow waters, where they can hide. The 290-foot South Korean warship that sank in 2010 and killed more than 40 sailors, was ambushed in shallow water by a midget sub. However, North Korea denies involvement in the attack.

A U.S. defense official who declined to be identified stated, “When those midget subs are operating underwater, they are running on battery power—making themselves very quiet and hard to detect.”

During testimony at the House Armed Services Committee late last month, Admiral Harry Harris, the head of American forces in the Pacific said, “We are being taken to the cleaners by countries that are not signatories to the INF.” Harris warned that because the U.S. is a signatory to the Intermediate Range Nuclear Forces, or INF, treaty signed in 1987 between Russia and the United States, the United States has no land-based short range or medium range missiles. Iran and North Korea are under no such constraints.

The BM-25 Musudan ballistic missile has a maximum range of nearly 2,500 miles, and potentially puts U.S. forces in the Middle East and Israel within reach, if its problems are fixed.

It’s unclear to what extent North Korea is involved in the failed launch, apart from sharing their technology, according to officials.

AFP: Iran has freed two female lawyers who were...