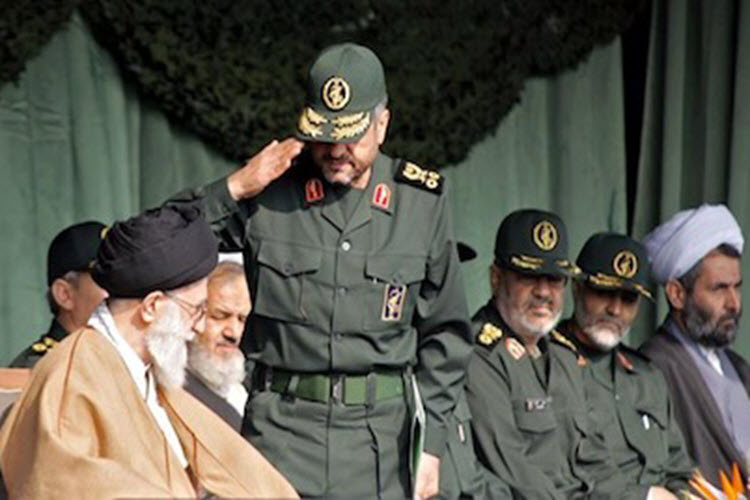 London, 25 Jul – On the second anniversary the nuclear deal with Iran, that was repeated criticized by President Trump during his campaign for the White House, he continues to voice his displeasure with Iran’s dangerous behavior.

On Tuesday, The State Department announced new sanctions on 18 Iranian entities and individuals for their support of Iran’s ballistic missile program and involvement with the nation’s Islamic Revolutionary Guard Corps.

Although the Islamic Republic was certified to be in compliance with the letter of its agreement to limit its nuclear weapons program, the State Department said Iran is violating the spirit of the agreement, and that the U.S. “remains deeply concerned about Iran’s malign activities across the Middle East which undermine regional stability, and prosperity.”

This rhetoric means little, unless further constraints are put on the regime, with the ultimate goal being to depose those ruling Iran.

In his Fox News article, Angelo M. Codevilla, professor emeritus of international relations at Boston University, outlines five additional actions the Trump administration should take to counter the danger Iran poses to its neighbors, our nation, as well as much of the world. He writes:
“First: Admit we have no basis for confidence that Iran has halted its efforts to develop nuclear weapons, even if the Islamic Republic is technically in compliance with the limited restrictions imposed by the nuclear deal.”

Codevilla believes that our intelligence agencies’ ability to monitor Iran is very limited, especially the work being done in underground facilities.

He adds, “We have never determined how much weapons-grade uranium Iran has produced. Nor is the amount of fissionable material the limiting factor in the size of a nuclear arsenal, since the more sophisticated the weapon the less of that material it uses.”

Iran’s long-range missile programs are rapidly advancing and its nuclear program is focused on miniaturizing warheads. We can’t be complacent about this, like we were with North Korea.

“Second: Since the Islamic Republic was born and lives by its belief in “death to America,” the U.S. objective should be to limit the military, political and economic resources by which Iran can harm us – and ultimately to knock the oppressive regime out of power and restore freedom and human rights to the Iranian people.”

The nuclear deal was never ratified by the U.S. Senate, so it is an agreement, not a treaty. The U.S. is under no legal obligation, nor does it restrict our freedom of action.

“Third: Realize that since some U.S. policies foster Iran’s power, much can be accomplished by changing those policies. For example, we should support efforts of Saudi Arabia, Egypt, the United Arab Emirates and Bahrain to force tiny Qatar to give up its alliance with Iran and its support of terrorist groups – actions that would deal a serious blow to Iran.”

To reduce the threat that Iran will launch another war against the Jewish state, it should be made clear to the government of Lebanon that if the Iranian-backed Hezbollah forces in Lebanon attack Israel again, Israel won’t be restrained from defending itself and striking back hard.

“Fourth: Realize that Russia is an important player, and that Iran cannot and will not stray too far from Russia’s interests. Russia’s concrete, limited ambitions do not include suffering on Iran’s behalf. U.S. diplomacy can leverage Russia’s major interests regarding the United States to limit Russian actions supporting its lesser interests regarding to Iran.

“Fifth: Iran itself is even more vulnerable to U.S sanctions than it was when the nuclear deal was made two years ago.”

The agreement assisted Iran’s failing economy, but much of the new wealth has gone to weapons, foreign adventures, and other inefficient investments and has brought little benefit to the Iranian people. Harsher sanctions now, might well produce a revolution, according to Codevilla.

He believes that we need to impose broad sanctions on a secondary basis, meaning: no U.S. entity will be allowed to deal with any entity anywhere that deals with the sanctioned part of Iran’s economy. This would include banking and money transfer, energy, food and all manner of parts for industrial equipment, which will bring the dangerous Iranian regime down.

Bloomberg: Israeli airstrikes against targets in Syria were carried...

AFP: Iran on Wednesday rejected plans for it to...