Trump: Iran Is Not Compliant With Nuclear Deal 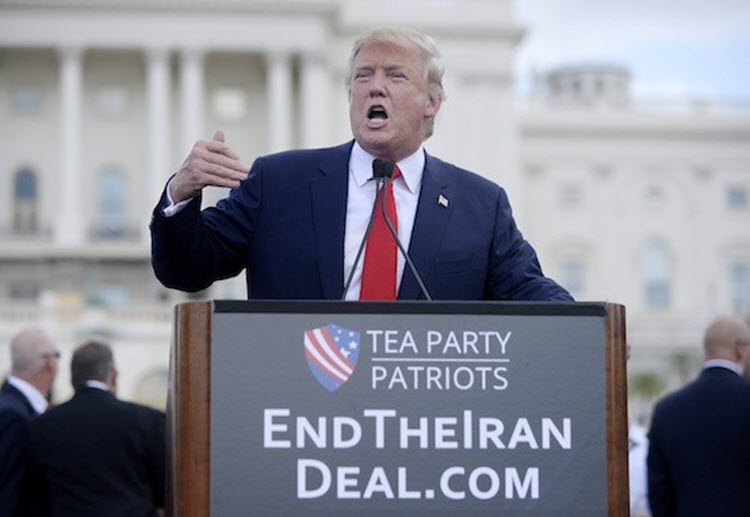 London, 11 Aug – The Iranian Regime is not upholding its obligations under the 2015 nuclear deal, according to Donald Trump on Thursday.

Speaking to reporters at his private golf club in New Jersey, Trump said that he doesn’t believe that Iran is “living up to the spirit of the agreement”.

For weeks Trump has been hinting that he would like to declare the Iranian Regime to be in violation of the 2015 nuclear accord signed by Barack Obama.

The deal must be verified by the US every three months and on both occasions since taking office, Trump has verified Iran’s compliance.

It has been reported that Trump believes that Iran is technically abiding by the letter of the law, if not the spirit. One official cited the Iranian Regime’s ballistic missile testing and development, continuing hostility of Israel, support for terrorism, cyber attacks against the United States and Israel, support for the Bashar Assad dictatorship in Syria and human rights violations, as reasons why Iran is noncompliant with the spirit of the deal.

In July, Trump instructed Secretary of State Rex Tillerson to find Iran complaint with the deal, despite mounting evidence to the contrary but told The Wall Street Journal that he would act differently come October.

Trump said: “I think they’ll be noncompliant. I think they’re taking advantage of this country. They’ve taken advantage of a president, named Barack Obama, who didn’t know what the hell he was doing. And I do not expect that they will be compliance.”

According to The New York Times, Trump and his closest advisors are actively trying to find a way to get out of the nuclear deal.

Trump was a very vocal critic of the nuclear deal on the campaign trail, calling it the “worst deal ever” and threatening to “dismantle the disastrous deal with Iran” immediately upon taking office.

While he has yet to do so, Trump has imposed new sanctions on the Regime for its ballistic missile program, links to terrorism, and human rights violations.