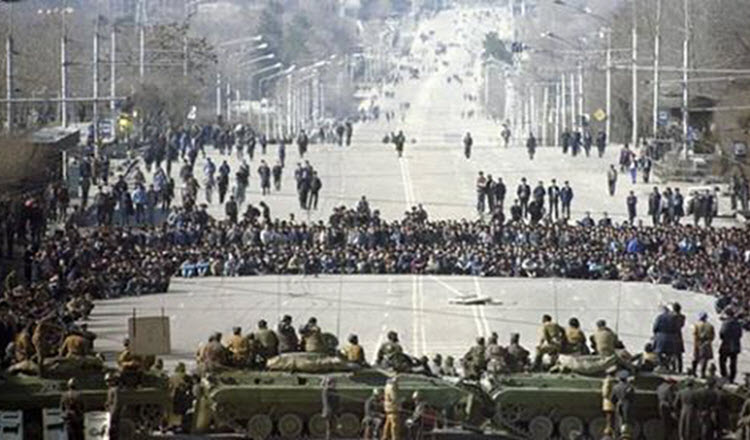 London, 11 Aug – Tensions are growing between Iran and Tajikistan following a Tajik state-TV broadcast which accused Iranian Regime officials of carrying out political assassinations across its country in the 1990s.

On August 8, in a primetime documentary, the Tajik Interior Ministry accused Iran of instigating the 1992-97 Tajikistan civil war, providing support to the Islamic Renaissance Party of Tajikistan (IRPT), which made up part of the Tajik parliament after 1997 but was banned in 2015 and branded a terrorist group, and training IRPT militants on Iranian soil.

They also accused the Iranian Regime of assassinating a number of prominent Tajik public figures after the civil war, including former parliament chairman Safarali Kenjaev in 1999.

Others believed to have been assassinated by the Iranian Regime include a presidential adviser, a former grand mufti, a doctor, and an academic.

The Iranian ambassador to Dushanbe was unavailable for comment on August 9 but the Embassy referred to the documentary as “lies and slander”.

This is not the first time that Tajikistan has been wary on Iran for sheltering its political opponents.

Touraj Atabaki, a senior research fellow at the International Institute of Social History in Amsterdam, said: “Tajikistan suspects that Iran somewhat threatens the government of President [Emomali] Rahmon by actions that are not acceptable and appropriate in relations between two countries.”

This broadcast was just the latest in a series of moves that threaten to erode diplomatic ties between the two countries and according to Atabaki, should be seen against an “existing lack of trust”.

Other signs of weakening ties between the two countries include:

• 2016: Tajikistan stops importing Iranian food products due to their “low quality” and that labels were not in accordance with Tajik laws

• 2016: Tajik authorities suspended the Tajik branch of the Imam Khomeini Relief Committee, an organization supported by the Iranian government

Shokirjon Hakimov, a Tajik politician and analyst, believes that these tensions can be traced back to the arrest of a well-known Iranian billionaire in 2013.

He said: “Relations between Tajikistan and Iran began to sour after the arrest of Babak Zanjani, an Iranian businessman who had invested in Tajikistan, who was later sentenced to death in Iran.”

Zanjani apparently helped Iran sell oil despite international sanctions but was sentenced the death by the Iranian Regime for withholding profits.