Human Rights Advocate: Sanctions on Iran Aren’t Enough, US Must Support the Resistance Too 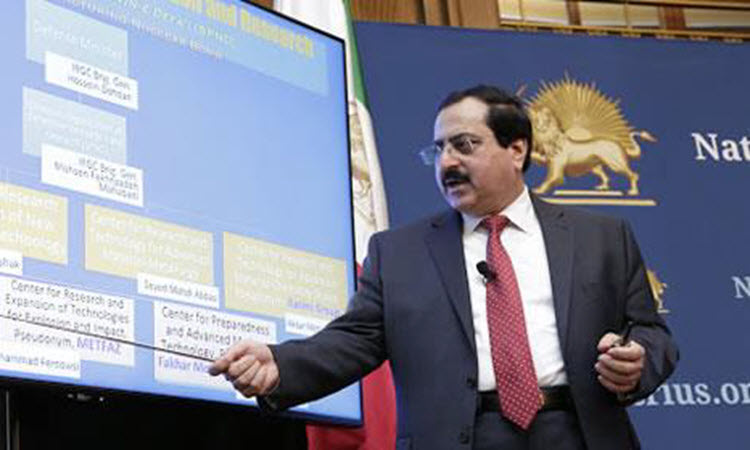 London, 14 Aug – American sanctions on Iran are a step in the right direction but they must be coupled with a whole new policy on the Iranian Regime, according to a human rights activist.

Alireza Jafarzadeh, the deputy director of the Washington office of the National Council of Resistance of Iran, wrote an op-ed on Fox News in which he welcomed the US sanctions against the Iranian Regime but advised the government to also support the Iranian people’s resistance.

He wrote: “These pressures will make a profound difference in the future of Iran, if coupled with reaching out to the people of Iran and their organized opposition. They will succeed in diminishing the power and influence of the IRGC; bolster the Iranian people and the prospect of the emergence of a truly democratic Iranian government.”

Two years after the signing of the Joint Comprehensive Plan of Action (JCPOA/ Iran nuclear deal), Jafarzadeh argued that the nuclear deal has- at best- only had a limited impact on Iran’s development of nuclear weapons and if the Regime refuses to allow international inspections of their facilities, then how can we be sure that it has had any impact at all?

He wrote: “In addition, in areas unrelated to the nuclear agreement, the Iranian regime’s behaviour has only gotten worse over the past two years.”

He praised the US for ramping up non-nuclear sanctions against the Regime for its support of terrorism, human rights violations, and its ballistic missile programme and for its debate over designating the Islamic Revolutionary Guard Corps (IRGC) as a terrorist organisation in its own right, but stressed that this alone is not enough.

He wrote: “This is a meaningful start to a new Iran policy that is comprehensive in its aims and in its enforcement. Toward that end, the US should work with the UN and EU to evict the IRCG from the combat zones in Syria, Iraq, and Yemen. This will help protect the West and its allies, as well as empower the Iranian people, who are seeking regime change and are more than capable of bringing it about on their own.”

The Iranian Regime is increasingly reviled by its own people and if the international community really wants to stop the destructive behaviour of the Regime, they should support the people.

He wrote: “The Iranian regime must be more isolated and financially handicapped by the United States. It must also be subject to pressure not just over its nuclear program but also over a range of current and past crimes, including illicit missile testing, escalating regional and sectarian conflicts in the Middle East, and the 1988 massacre of political prisoners.”

Text of Iran’s letter to Britain regarding dispute over sailors