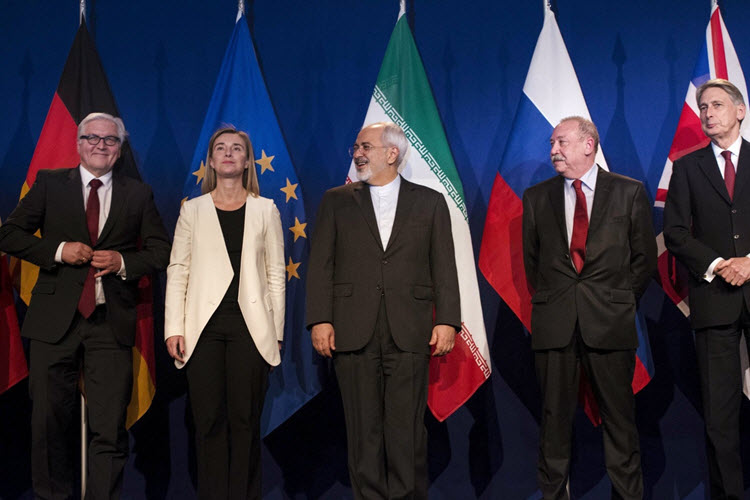 He wrote: “To tell you the truth, the change in tone has taken us by surprise. Since US President Donald Trump announced his decision to decertify the nuclear agreement last weekend, the UK and Germany have become more assertive in criticizing Iran. While remaining committed to the nuclear deal, they are clear about Iran’s regional meddling; they say the international community needs to continue to come together to push back against Iran’s destabilizing regional activity, and to explore ways of addressing concerns about Iran’s ballistic missile program. In other words, they are supporting Trump’s project against the Iranian regime in the Middle East.”

While many supporters of the deal suggested that Europe would ally itself more strongly with Iran if the US came out against them, opponents suggested that the US would lead the way in tougher policies on the Regime and it looks like they were right. We are still far from Iran being decertified by European leaders but we are closer than ever before.

The problem, according to Al-Rashed is not the deal, but the other problems posed by Iran, like its destabilisation of the Middle East.

Al-Rashed wrote: “The UK and Germany have criticized Iranian activities and announced that they are joining the United States to face Tehran’s aggressive regional policy. Their positions have thwarted Iran’s efforts to impose the agreement as a single package on everyone, without distinguishing between aborting nuclear activities that lead to military power, and the regime’s dangerous practices that are taking advantage of the nuclear deal. We must admit that the White House has cleverly managed the battle with its European allies, who were initially against anything that would lead to strained relations with Tehran. However, Trump gave them two options: they either had to correct the errors committed under the umbrella of the deal, or cancel it completely.”

What is next for the Regime? Well, Al-Rashed believes that the pressure this will put on Iran, if they do not change their behaviour, will lead to economic and political crises for the mullahs.

He wrote: “The challenge is to put forward a new project that will lift the sanctions on Tehran, if the regime decides to carry on with the deal, but adds a commitment to withdraw all its foreign militias from fighting zones and pledges to stop supporting its locally allied militias such as Houthis, Asa’ib Ahl Al-Haq, Iraqi Hezbollah and others.”

He also notes that the US will increase its support of the Iranian Resistance forces in order to pressurise the Regime.

Al-Rashed wrote: “With the return of political confrontations, the new equation has left the Iranian regime with two options: stop fighting wars, or return to sanctions. A new bloc will be formed to put pressure on Iran and to ensure the implementation of the sanctions.”

Iran does not have the right to enrich uranium – US official

AFP: Iran does not have the right to enrich...