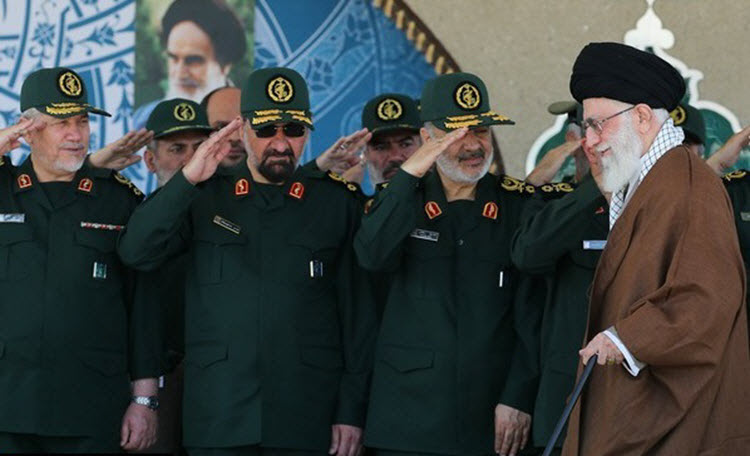 London, 17 Oct – Donald Trump believes that the Iranian Regime may be changing its tone, just days after he decertified their compliance with the 2015 nuclear deal, but stressed that this shift may not be genuine because they are skilled negotiators.

He said: “They negotiated a phenomenal deal for themselves but a horrible deal for the United States, and we’re going to see what happens.”

On October 16, just days after decertifying them, Trump said: “This nation has been taken advantage of for many, many years—for many decades, frankly—and I’m tired of watching it.”

On October 13, Trump announced that he would not recertify the Iranian nuclear deal but that he would also not pull out of the deal entirely.

Trump said: “Our policy is based on a clear-eyed assessment of the Iranian dictatorship, its sponsorship of terrorism, and its continuing aggression in the Middle East and all around the world.”

This was just one part of a new strategy on Iran which will counteract Iran’s destabilisation of other countries, restrict Iranian aggression and support for terrorism, rebuild traditional US alliances in the Middle East, counter Iran’s ballistic missile programme, deny access to nuclear weapons, and cut off funding for Iran’s terrorist Islamic Revolutionary Guard Corps (IRGC).

Trump said: “Iran is under the control of a fanatical regime that seized power in 1979 and forced a proud people to submit to its extremist rule. This radical regime has raided the wealth of one of the world’s oldest and most vibrant nations, and spread death, destruction, and chaos all around the globe.”

Trump said phase two of his decision is still being determined and, as such, could be good or bad. It may even end in the abandonment of the nuclear deal.

Over the past 40 years, the Iranian Regime has pursued a steady policy of spreading their revolutionary ideology around the Middle East, undermining nation states by force or sedition, spreading hatred to the US and Israel, and repressing the Iranian people.

Many people around the world have welcomed Trump’s decision, especially the Iranian Resistance umbrella group, the National Council of Resistance of Iran (NCRI) who revealed that Iran had continued their nuclear programme in spite of the deal agreed with then-President Barack Obama.

The NCRI said in their report: “Many aspects of this operation have been kept hidden by The Islamic Revolutionary Guards Corp. (IRGC) from the prying eyes of both the world and the United Nations.”

Israeli Prime Minister Benjamin Netanyahu, whose country is one of Iran’s biggest targets, said: “[If things had been left as they were] in a few years’ time, the world’s foremost terrorist regime will have an arsenal of nuclear weapons and that’s tremendous danger for our collective future.”

Iran threatens to create disturbances for U.S. and EU