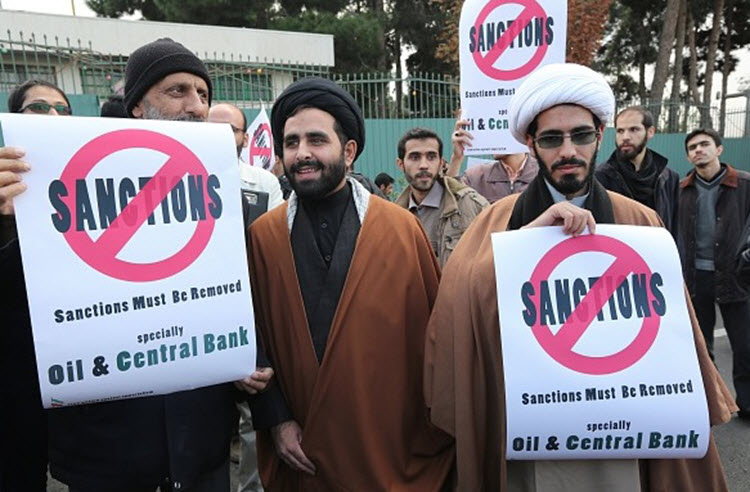 London, 22 Oct – It came as no surprise to many that US President Donald Trump decided to decertify the Joint Comprehensive Plan of Action (JCPOA), known as the Iran nuclear deal, between the United States, several EU countries, China and Russia.

The responses to this news was mixed. In the Middle East, there was huge condemnation as well as huge praise.

And while many were expecting him to do so, his decision drew immediate responses from around the globe. President of Iran Hassan Rouhani expressed his anger at the decision, while the Arab countries that are negatively impacted by Iran’s actions welcomed it.

Those that supported the decision in the Arab world also condemned the international silence that has let Iran spread chaos across the Middle East.

The threat emanating from Iran is multi-dimensional. There is the obvious nuclear threat, but also a political one.

On a political level, it is evident that the sectarian aggression – supported by Iran – is across the whole region. From dominant militias (the Popular Mobilization Units or PMUs in Iraq for instance) to Hezbollah in Lebanon and Syria and the Houthi rebels in Yemen, as well as numerous other terror groups in the Gulf nations and North Africa.

Iran’s Islamic Revolutionary Guards Corps (IRGC) is central to the country’s hegemony ambitions and it has bragged that it is in charge of “four Arab capitals”. It’s Quds Force commander, Qasem Soleimani, despite being on the terrorist list and under sanctions from several governments, parades around on the front line in Syria and Iraq in front of the media.

The nuclear threat is just as serious because its installations pose a grave risk to the Gulf region. Seismic faults could easily lead to a leak like the Fukushima disaster in Japan six years ago.

Germany, the United Kingdom and France have said that they do not agree with certain policies by Trump. However, they are defending the ineffective nuclear deal because of economic interests. They are encouraged by banks and corporations in their own countries to enter Iran’s large market and fail to admit there is a link between the deal and Iran’s disregard of human rights and its aggression in the Middle East.

Iran’s actions in the region have created the refugee crisis in Europe and has fuelled extremist terrorism.

Statistics show that Iran’s exports to the EU have risen by 375% during 2016 and 2017 and European companies are making huge investments in Iran’s market, so EU governments are reluctant to make any changes that will affect this.

This is how the Obama administration proceeded and it is emboldening the Iranian regime. It is ignoring the fact that Iran carries out the most executions per capita after China. It executes political prisoners and dissidents as well as religious minorities.

Iran also has a shocking human rights record and it terrorises its people.

The EU leaders are using former US Secretary of State John Kerry’s logic, saying that the nuclear deal only deals with the nuclear aspect rather than all the peripheral issues. However, these issues are one and the same because they result from the nuclear deal.

Iran says new drone can cover much of region