Open Secret of Iran and Al-Qaeda 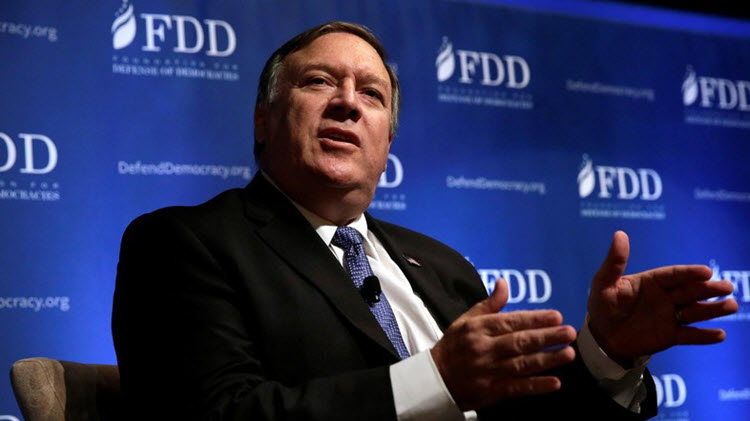 He said: “It’s an open secret and not classified information that there have been relationships, there are connections. There have been times the Iranians have worked alongside Qaeda.”

He indicated that the cooperation usually occurs when their hatred for the West comes to the forefront and he suggests that they have “cut deals so as not to come after each other”. He added that they believe the threat of the West is greater than the fight “along their ideological lines”.

Pompeo did however state that the intelligence services are still looking into the links between al-Qaeda and Iran which is of particular importance now because of the worrying situation in Syria.

“With the defeat of the real estate proposition in Syria and Iraq for ISIS, we watch what’s going on in Idlib, you’ve got ISIS folks, al-Nusra front, Qaeda folks up in the North, we are watching to see if there aren’t places where they work together for a common threat against the United States.”

“It’s not only the case that the Iranian regime knew that Qaeda operatives were working in Iran, there was an agreement that explicitly permitted it. And it’s not only the case that the Qaeda operatives had the ability to transit Iran, the Iranian regime facilitated that transit. The coordination with Iran came as a result of a secret agreement and included active assistance to Qaeda members.”

It is thought that there will be more documents released in the next few days.

The Iran threat is something that the Trump administration is taking very seriously, and a number of new measures are being taken to counter it.

Commander of the US Central Command General Joseph Votel has said that the US is going to be forming forces so they can go to the Arab region to fight against the Iranian threat.

At the 26th annual Arab-American Policymakers Conference in Washington, Votel said: “The United States wants to help the Arab countries deal with Iranian threats. The Pentagon is working to achieve that desire and ensure its effective implementation. That includes the establishment of US military battalions sent as missions to the region and be designed specifically to provide advice and assistance.”

Votel said that bilateral military cooperation was strong, especially in the war against ISIS and in Iraq and Syria.

He added that it was important to find local solutions to the issues in the region and pointed out that it is the US allies that are leading the military wars. The United States is just there for back up and support.

98 executed in Iran so far this year