Trump’s Decertification of the Iran Deal May Improve US Credibility 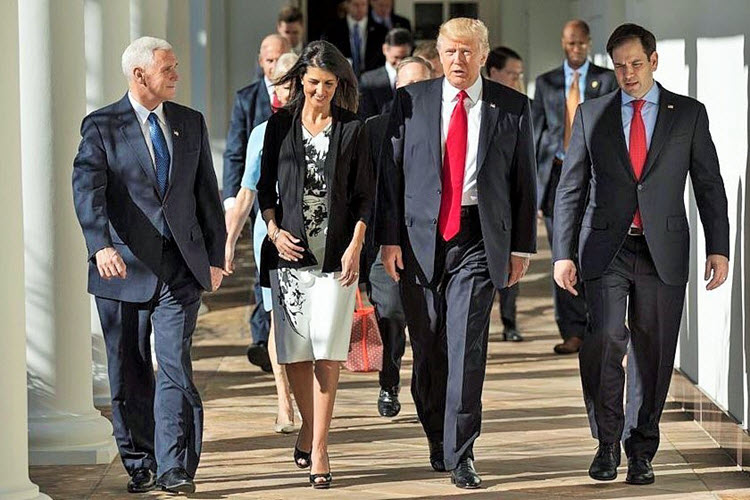 London, 23 Oct – While some are painting the idea that Donald Trump’s actions over the Iranian nuclear deal will harm US credibility abroad, many others believe that this will actually improve US credibility.

Richard Goldberg, one of the leading architects of several rounds of congressionally enacted sanctions on Iran, wrote on the New York Post:” President Trump’s decision to decertify the pact offers an opportunity to rebuild the credibility lost when President Barack Obama instituted his policy of appeasement of Iran and Russia.”

Back in 2008, then-Secretary of State Condoleezza Rice, flew to the Czech Republic and Poland to agree on the locations of American missile defence radars and interceptors that would be able to intercept future Iranian long-range ballistic missiles.

It was the policy of the George W. Bush administration to defend US allies against Iranian missile strikes.

Russia, led by Vladimir Putin, didn’t see it that way. They saw it as an attempt by the US to expand its sphere of influence into territory near Russia and threated to respond with “military-technical methods” if the missile-defence pact moved forward.

Even after Russia’s invasion of Georgia, the Bush administration didn’t back down; instead showing strength to both Russia and Iran while reassuring its Middle Eastern and Eastern European allies.

However, these agreements didn’t last in Obama’s term in office.

During his first year in office, Obama scrapped these pacts just months after refusing to support the Iranian people’s cry for regime change following the fake 2009 elections.

This meant that Russia and Iran saw the US as weak and as a result amped up its campaigns against the US. In response, the 2015 Iran nuclear deal was signed, giving billions to the world’s leading sponsor of terrorism in exchange for a short delay in Iranian development of nuclear weapons. That’s if you believe that the Iranian Regime ever stopped their nuclear programme because much evidence shows that they did not.

Trump has now decertified the much-criticised Iran nuclear deal, formally known as the Joint Comprehensive Plan of Action (JCPOA), and is receiving criticism from those who supported the deal.

It is now up to Congress to decide the next steps; should sanctions be reintroduced or should the deal be renegotiated. It is time to wait and see.

Goldberg wrote: “Compared to ripping up a signed defence pact with key European allies, renegotiating an unsigned “plan of action” that currently threatens US national security sounds like a sensible idea.”