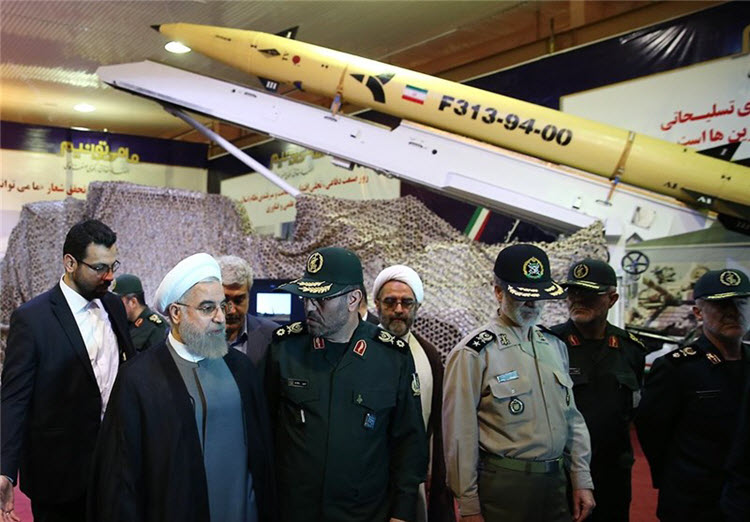 London, 31 Oct – The President of Iran, which has been dubbed the world’s leading state sponsor of terrorism, has viciously attacked the opposition party with baseless claims about their links to terrorism.

On October 29, Hassan Rouhani made a speech to the Iranian Parliament in which he showcased exactly how scared he- and by extension the rest of the Regime- is of the Iranian people’s organised resistance forces (the People’s Mojahedin Organization of Iran or PMOI), who have much support across the world, by hysterically attacking them.

He can claim that the Resistance has links to terror all he likes, while news breaks almost daily about the Regime’s links to al-Qaeda, ISIL and the Taliban, but no one will believe him.

Earlier in October, Rouhani claimed that the Iranian Revolutionary Guards Corps (IRGC), who were sanctioned by the US for terrorism, were popular in Iran and Iraq; a statement that would be funny if it wasn’t so sickening.

The Secretariat of the National Council of Resistance of Iran, said: “Rouhani’s recent remarks clearly show how ridiculous and deceptive are the claims about the moderation in the regime of Velayat-e Faqih, and once the policy of appeasement failed and the Revolutionary Guards, the most criminal force in the Iranian history, were included on the terrorist list, Rouhani and Zarif put away the moderation mask and became furious advocates of the IRGC and embraced Jafari, the commander of the Revolutionary Guards, and Suleimani, the commander of the terrorist Quds force.”

They continued: “The Iranian Resistance has repeatedly stated that all regime officials, from any fraction, are directly responsible for the executions, torture and massacre of the political prisoners and perpetuation of killings and war in Iran and the region, and they should be included in all the terrorist lists and be sanctioned and face justice for their crimes against humanity.”

Rouhani, not content with confusing the Resistance and the Regime in terms of popularity and links to terror, also stuck steadfastly to the Regime’s plan of meddling in the Middle East and creating ballistic missiles.

He said: “We produced, are producing, and will produce … We shall not hesitate in producing and storing any weapon we might need and using them at the time necessary to defend ourselves.”

This comes after European leaders have repeatedly expressed concerns about the missile programme and made efforts to work with the US to thwart Iran’s attempts at missile proliferation.

RFE/RL: Whos afraid of girls? The Iranian government, it...