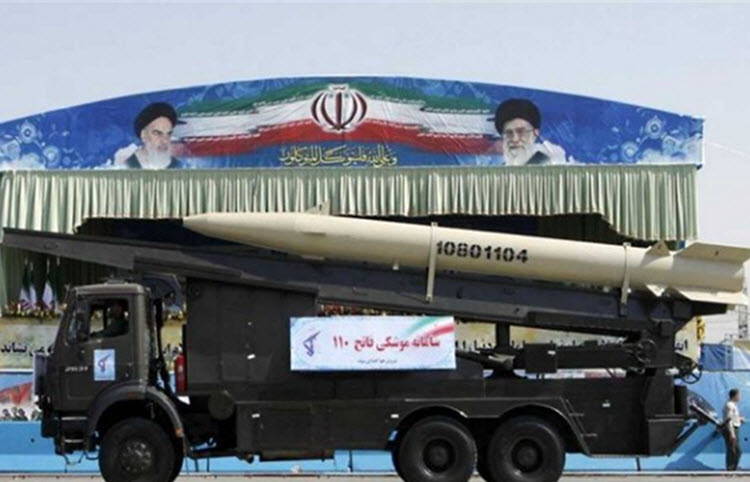 Brigadier General Amir Ali Hajizadeh is in charge of the IRGC’s aerospace division. He said on Wednesday that Iran has previously had to justify its missile production but the situation has changed and production has increased. He did not give a time-scale explaining how long the increase has taken.

He said: “In the past we had to do a lot of explaining to various bodies for our actions but it’s not like that anymore. Our production has increased three-fold compared to the past.”

The commander also said that the Iranian parliament, the government and many officials in the country are in agreement that ground-to-ground missiles are needed.

Earlier this week, Jean-Yves Le Drian – the foreign minister of France – visited Iran. He was there to reassure Iran that Europe is still committed to remaining in the 2015 nuclear deal, but also to voice concerns about the missile program and its belligerence across the Middle East.

The nuclear deal is in jeopardy at the minute because US President Donald Trump has vowed to pull out of it if several major flaws are not addressed. Trump would like to see the “sunset” provision on the deal removed as they give an expiry date to the deal.

President Trump has also spoken extensively about the Iranian missile program and he has said that he wants it to be part of the nuclear deal. Iran, however, during the negotiations for the deal said that the issue should be treated separately. And this wish was granted.

Iran remains unwilling to renegotiate this as the French foreign minister was told on Monday that there would be no discussions about it.

Iran is under significant pressure following the recent protests and anti-government demonstrations that spread across the country at the end of last year.

The National Council of Resistance of Iran (NCRI), the main opposition, has been warning for years that Iran cannot change or become more moderate. During the nuclear negotiations, the NCRI warned that it was a mistake for the world powers to ignore Iran’s regional belligerence and missile program.

It turns out that this concern was legitimate. Although it is too late to change these past negotiations, it is not too late to ensure that future policy is appropriate.

When the Obama administration was in place Iran benefited from an international leader that turned a blind eye to many acts of belligerence. Iran was able to dictate many terms of the nuclear deal and it benefited from large amounts of money as a result.