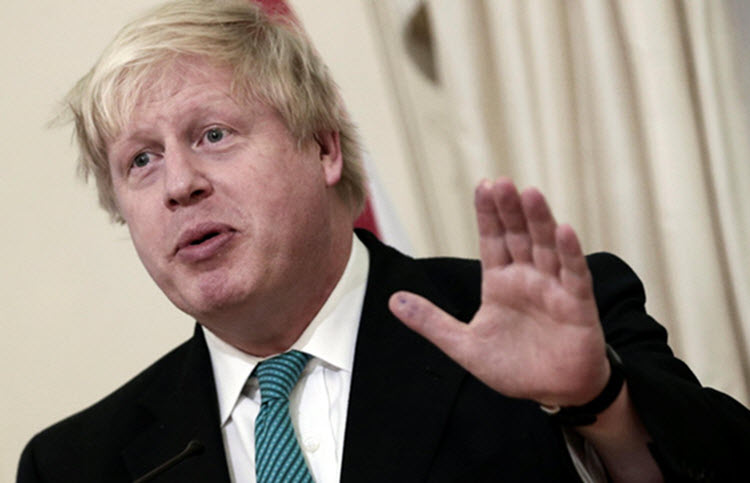 London, 07 Mar – On Tuesday, British Foreign Secretary Boris Johnson demanded an end to missile attacks on Saudi Arabia by the Iran-backed Houthis in Yemen, stating that the use of Iranian missiles in an attack on a British ally was “unacceptable”.

Johnson said, ahead of a visit by Saudi Crown Prince Mohammed bin Salman, the Deputy Prime Minister, and the Minister of Defence, that the UK shares Saudi Arabia’s concerns over growing Iranian influence in the Middle East and insisted that Iran’s role in Yemen needs to be reined in.

He continued by saying that a political settlement must be reached to the crisis in Yemen, although he did propose that it include a role for the Houthis in the Yemen government, which is worrying for those with knowledge of Iran’s proxies.

Iran would relish a role for their Houthi terrorist group in the Yemeni government because it would allow Iran to rule by proxy, as it does through Hezbollah in Yemen.

Johnson also spoke of the ongoing civil war in Syria, describing the situation as a “major tragedy”, especially following the recent bombardment of Eastern Ghouta, an area held by the Syrian opposition, in which hundreds of civilians have died.

He also called for those responsible for the “disgusting” chemical weapons attacks to be held accountable.

Johnson expressed hope that Syria and its allies, including Iran and Russia, would realise that they cannot win the war this way, warning that they are sowing spite for generations to come, but that is pinning too much to the morals of immoral men.

The Syrian dictator Bashar Assad is being supported in his attacks on the Syrian people by Iran and their proxies, including Hezbollah.

Iran had to reason to support Assad in the war: wanting to have some control in Syria and wanting to put down an uprising from the people, so that the Iranian people would be less likely to rise up. They do not care about who they hurt or what the consequences will be, only that they can keep control.

Johnson believes that negotiations to start the political peace process for Syria need to begin in Geneva and that the Syrian opposition should take part in the discussions.

This is not the first time that Johnson has spoken up against Iran’s malign behaviour.

Since 2017, he has been involved in attempts to have British aid worker Nazanin Zaghari-Ratcliffe released from prison in Iran where she is one of dozens of dual nationals being held on bogus espionage charges.

Reuters: Iraq is concerned about instability in neighbouring Iran,...