Trouble Is Brewing for Tehran 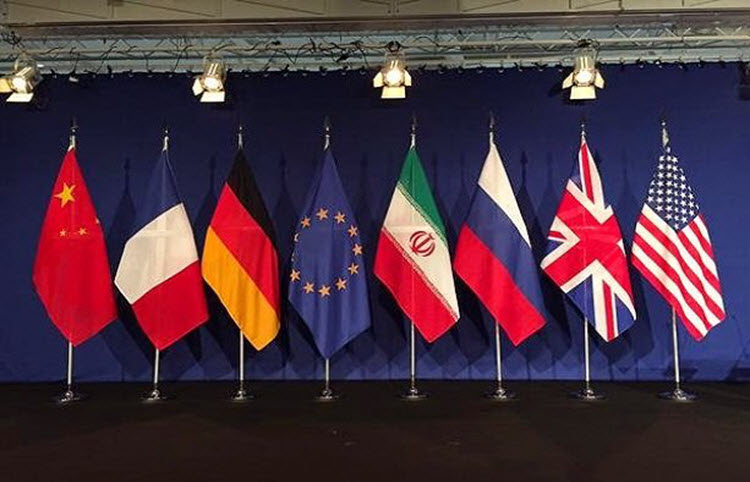 London, 07 Mar – French Foreign Minister Jean-Yves Le Drian’s visit to Iran on Monday garnered a wide range of responses, especially within Iran, because this trip was seen as highly important to the future of the 2015 Iranian nuclear deal.

There are just over two months until we reach Donald Trump’s final deadline for Congress and Europe to fix the deal, formally known as the Joint Comprehensive Plan of Action (JCPOA), and everyone knows that, if given the ultimatum, Europe will side with the US over Iran.

This notion scares Iran, which is why the state-run media focused on the visit so closely.

Kayhan Daily, a paper known as the mouthpiece of Iranian Supreme Leader Ali Khamenei, wrote about France’s attempts to reign in the Regime in matters of ballistic weapons and regional beligerance, while the semi-official Ruydad 24 website describing the JCPOA, Iran’s ballistic missile program and role in the Middle East as “the most important challenges”.

It is also why Iran upped the ante of the dismantling of the JCPOA by threatening that they could produce higher enriched uranium within two days of the US pulling out.

Behrouz Kamalvandi, a representative for Iran’s Atomic Energy Organization told al-Alam TV: “If America pulls out of the deal … Iran could resume its 20 percent uranium enrichment in less than 48 hours.”

Bahram Ghasemi, a spokesperson for the Iranian Foreign Ministry said that Le Drian was only there to take part in discussions, not negotiations, but France’s official position says otherwise.

Recently, Le Drian said: “Iran’s ballistic missile program, with a range of a few thousand kilometres, is definitely non-consistent with United Nations Security Council resolutions and goes beyond Iran’s need to defend its borders. If this dilemma is not resolved directly, Iran will be facing the threat of new sanctions.”

It is also likely that Le Drian will discuss Trump’s conditions for the JCPOA with Iranian officials, given that even the Revolutionary Guards (IRGC)-affiliated Fars news agency admits that the US asked France to relay the conditions.

Meanwhile, Iranian President Hassan Rouhani showcased Iran’s heavy concerns about the future of the nuclear deal during his meeting with Le Drian.

This is a pressing time for international relations on Iran overall, with several international leaders visiting the US to discuss Iran in March, including Israeli Prime Minister Benjamin Netanyahu, Saudi Crown Prince Mohamed bin Salman, and French President Emmanuel Macron.

So Iran is facing a dilemma, succumb to the new conditions to preserve the JCPOA, which would put curbs on its ballistic missile program and Middle East influence, or prepare for crippling US sanctions.

To make things worse, there is still the matter of the ongoing anti-regime protests that are sweeping Iran and the demonstrations, called for by the Iranian opposition group, the People’s Mojahedin Organization of Iran (PMOI/MEK), to be held on the last day of the Iranian year, later this month.

AFP: Iran may have received three shipments of sophisticated...