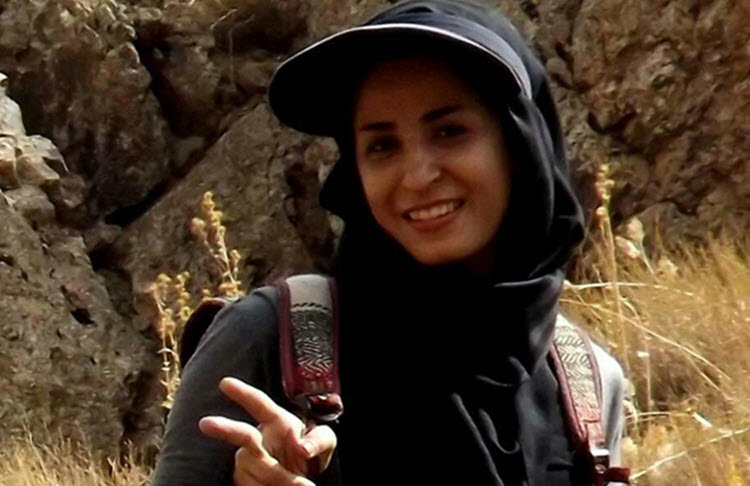 London, 08 Mar – An Iranian woman who publically removed her headscarf in Tehran has been sentenced to two years in prison, according to Iran’s state-run news agencies.

Prosecutor Abbas Jafari Dolatabadi said that the woman, who he did not identify, was attempting to “encourage corruption through the removal of the hijab in public.”

The Mizan Online news agency, which is affiliated with the Iranian judiciary, also didn’t name the woman in its reports, but indicated that she would appeal.

Some reports circulating in Iran report that this is Nargess Hosseini, 32, who was arrested during the recent wave of peaceful protests against compulsory hijab laws in Iran.

This sexist “Islamic” dress code became compulsory after the mullahs’ Regime took over in 1979. It insists that women’s hair and body must be covered in public and the so-called morality police launch routine crackdowns on those women who are improperly veiled.

Previously, women who have broken hijab laws have mostly been sentenced to short jail terms or fines of roughly 25 USD- in addition to the extrajudicial violence they would suffer from the morality thugs- but since the nationwide anti-regime protests broke out in late December, the Regime has cracked down on all protesters.

Earlier this year, the Iranian Regime announced that they had arrested 29 women who removed their headscarves as part of a campaign against mandatory hijab laws. These women are facing up to ten years in prison each.

The US State Department has condemned these arrests and insisted that these women were “exercising their human rights and fundamental freedoms by standing up against the compulsory hijab”, while Amnesty International has called on the Regime to “end the persecution of women who speak out against compulsory veiling, and abolish this discriminatory and humiliating practice”.

The Iranian police claim that these women have been “tricked” into removing the hijab by Iranians living abroad, by which presumably they are referring to the organised democratic resistance force, the National Council of Resistance of Iran (NCRI) and its leader Maryam Rajavi.

Rajavi and the NCRI oppose mandatory hijab, noting that it is an infringement on the rights of women, and would remove the sexist law, along with any law allowing employers to insist that women wear the hijab, upon taking power.

Maryam Rajavi said: “Written or unwritten laws on controlling the clothing or behaviour of women under the rubric of ‘mal-veiling’, which have violated Iranian women’s right to freedom and security, shall have no place in tomorrow’s Iran.”

Irans Guards: We have capability of striking U.S. interests