Leaving the Iran Nuclear Deal: Cause or Consequence of Global Security Threats? 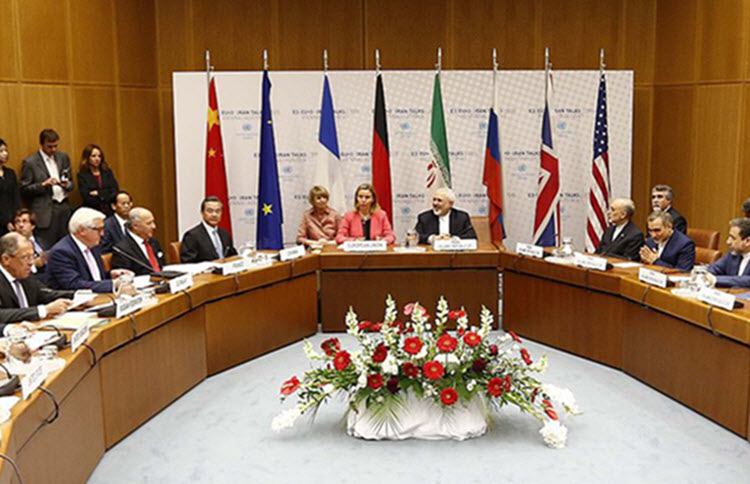 It was widely reported on Thursday that Iranian Foreign Minister Javad Zarif had once again reiterated the Islamic Republic’s refusal to enter into new negotiations over the 2015 nuclear program, which US President Donald Trump has long promised to either improve or cancel. Zarif’s latest remarks came less than two weeks before the deadline for the renewal of American sanctions waivers put into place by the Joint Comprehensive Plan of Action. Trump has said that if Congress and the European signatories to the deal do not “fix the terrible flaws” in the agreement by May 12, he will allow those waivers to lapse.

The Associated Press noted that Zarif used a YouTube video as his platform on Thursday, thereby addressing the public directly in the wake of previous warnings and appeals that he had delivered to Western media outlets. In that video, Zarif not only rejected the notion of a stronger agreement but also suggested that Iran has been more faithful to the existing one than the US. “The U.S. has consistently violated the agreement,” he claimed, “especially by bullying others from doing business with Iran.”

This has been a familiar talking point for the Iranians since soon after the JCPOA’s implementation in January 2016. That is to say, the regime has made a point of blaming the US for the slow pace of Iran’s economic recovery, while others have assigned at least a portion of the blame to persistent economic mismanagement and Tehran’s failure to comply with the requirements of the Financial Action Task Force or to take other measures that would make it a more attractive prospect for foreign investors.

To be fair, it is true that the wariness of foreign investors has increased since Trump took office and raised the threat of expanded economic sanctions at the start of 2017. But the JCPOA does not require the US to lift sanctions on Iran’s human rights abuses and its support of terrorism, nor does it bar the US or other countries from imposing more such sanctions. As such, Zarif’s comments about “bullying” are just the latest volley in a series of rhetorical exchanges whereby Iran and the US have accused each other of violating the “spirit” of the nuclear agreement.

From the perspective of the White House, these violations take such forms as Tehran’s destabilizing activities in the broader region and its provocative ballistic missile tests. New restrictions on both of these things are among the conditions set out by the Trump administration for “fixing the terrible flaws.” Also of concern, and more directly related to the JCPOA, are sunset provisions and mechanisms for monitoring Iranian compliance. Trump wants international inspectors to have unfettered access to the Islamic Republic and for this access to enforce restrictions that are permanent, in contrast to the 10-year span of the existing agreement.

However, under the current monitoring protocols, Iran’s compliance with the essential requirements of the agreement has been repeatedly certified. Consequently, the other signatories to the deal, along with international authorities, are still exerting pressure on Trump by arguing that the perceived deficiencies of the JCPOA are not sufficient justification for undermining it. For example, The Guardian reported on Thursday that United Nations Secretary General Antonio Guterres had issued a statement urging the White House to preserve the deal beyond the May 12 deadline. This follows direct appeals during visits to Washington by the chief executives of France and Germany, both members of the P5+1, which negotiated the agreement.

Guterres argued that undermining the JCPOA would actually make the Middle East more dangerous, especially in light of Iranian Supreme Leader Ali Khamenei’s warning that an American pullout would result in a reciprocal move by Iran.

Khamenei’s statement also seemingly dismisses an alternative floated by some European officials, in which the European Union adopts legislation to isolate its companies from the relevant sanctions and thus keeps the JCPOA in effect without participation from the US.

In any event, Guterres’ position on the danger to the region has been contradicted by various longstanding critics of the Islamic Republic, such as the governments of Saudi Arabia and Israel, as well as the National Council of Resistance of Iran, and the White House itself. In the view of these parties, the JCPOA’s removal of leverage against Tehran has emboldened its non-nuclear activities, leading to a growth in Iranian influence over conflicts like the Syrian and Yemeni civil wars.

Indeed, Guterres’ statement even seemed to acknowledge the unresolved nature of these issues, noting that “there are areas in which it will be very important to have a meaningful dialogue” to prevent growth of the existing dangers. This also echoes the positions expressed by European officials, whose ongoing commitment to the nuclear agreement is counterbalanced by their prominent concerns regarding Iranian missile development and Tehran’s impact on the crisis in Syria. In fact, in some cases, these concerns arguably outstrip those expressed by Trump, as evidenced by French President Emmanuel Macron’s recent appeal against his American counterpart’s idea of removing American troops – a move that Macron said would allow Iran to determine Syria’s future.

In light of such arguments, Zarif’s YouTube video did not withhold criticism of Europe, but accused the EU, France, Germany, and the UK of offering new concessions to the US on Iran’s behalf and without its consent. This may be seen as further undermining the potential for Iran and Europe to negotiate directly with each other for the sake of preserving the JCPOA beyond May 12.

But questions then remain as to what roles the various countries may play in the aftermath of the agreement’s dissolution. And much of this depends on the course of action that Iran takes to retaliate against the Trump administration following through on its threat. At a minimum, Tehran can be expected to resume full-scale nuclear enrichment, unless the leadership is seriously concerned about the potential consequences of doing so. Figures such as Ali Akbar Salehi, the head of Iran’s nuclear agency, have boasted that the country is capable of almost immediately outpacing its earlier nuclear activities, though it is of course possible that this is an empty threat.

On Thursday, Reuters published an article identifying some of the other retaliatory measures that Iran might take, and these generally involve further expansions in Iran’s regional role. Specifically, the regime might direct its proxies in Iraq, which make up the so-called Popular Mobilization Forces, to push forward with their already-announced intentions of ousting the US from that country and the surrounding area. Additionally, Reuters suggested that similar proxies and agents of the Iranian Revolutionary Guard Corps might launch attacks against Israel, from bases in Syria, Lebanon, or both.

Notably, this was one of the potential consequences that Guterres cited in his defense of the JCPOA, based on the fact that Israel and Iran have already come to blows in recent weeks as the Jewish state has grown increasingly concerned about the possibility of Iran establishing a permanent foothold in Syria. An analysis by EA Worldview agrees with this concern, albeit without directly connecting it to the future of the JCPOA.

The piece notes that leading Iranian and Israeli officials have been engaged in mutual bluster that threatens to spill over into outright conflict, especially if Syrian government forces move to capture areas in the south of the country – an operation that would apparently require participation from the IRGC, Hezbollah, and other proxies modeled after it. Any such operation would heighten the risk of Iran establishing a permanent forward base in Syria, from which it might attack Israel.

Somewhat paradoxically, while Guterres and others seen threats to Israel as a possible outcome of Trump re-imposing sanctions, the pre-existing threat is a leading reason for Israeli Prime Minister Benjamin Netanyahu to support the US president’s efforts to take a hard line on Iran and the nuclear deal. On Thursday, the New York Times credited Netanyahu with “three rapid strokes” for advancing this agenda, consisting of missile strike on an Iranian base in Syria, a public presentation highlighting evidence of Iran’s past work on nuclear weapons, and the passage of legislation that would allow the Prime Minister and his security cabinet to more expeditiously go to war in the event of an imminent threat.

While it is generally understood that neither Israel nor Iran wishes to go to war with the other, it is also clear that each perceives an escalating threat to its security or its interests. Under these circumstances, the danger of open conflict is sure to escalate as well, unless constrained by outside factors. It is just as clear that Israel does not see the ongoing implementation of the JCPOA as accomplishing this aim. And the same can be said of Iran’s other adversaries, whose wars of words with the Islamic Republic are also escalating on both sides.

As Al Monitor points out, this trend was put on display by Foreign Minister Zarif just two days before he released his YouTube video. In a speech at Tehran’s Amirkabir University of Technology, Zarif said of Saudi Arabia, “they aren’t able to resist Iran, because the sources of power have changed. They aren’t even able to overcome Qatar. Qatar has brought Saudi Arabia to its knees.”

The Saudis are leading a bombing campaign against Iran-backed Houthi rebels in Yemen, and Reuters suggested that stepped up support for those rebels may be another Iranian reaction to a sudden increase in its isolation following the US’s departure from the JCPOA. At the same time, the Trump administration has long sought to address Iranian involvement in that conflict, which the US and Saudi Arabia consider to be growing, although Tehran denies this.