Iran Regime Has Pathetic Turn-Out for Its 38th Anniversary 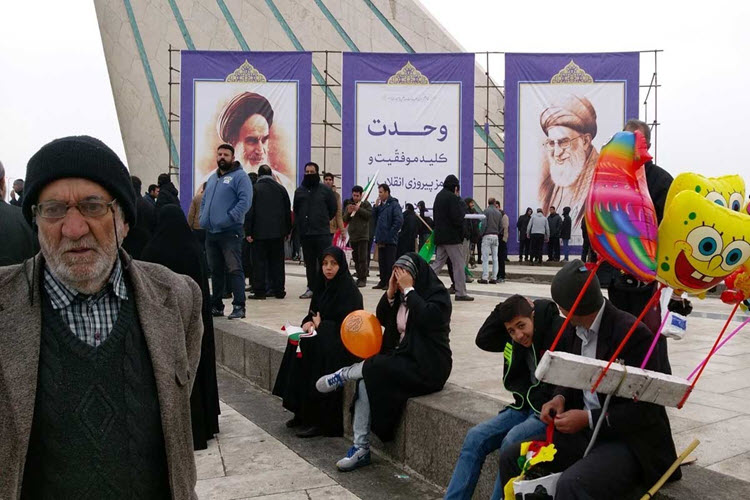 London, 11 Feb – There was a pathetic turn-out for the Iranian Regime’s celebrations of its brutal and bloody takeover in 1979, despite several tricks by the Regime, attempting to boost the numbers.

The Ministry of Culture and Islamic Guidance of Iran gathered their employees outside of the building at 10.45am, just as the parade passed by:

• The Administration Support and Welfare Services of the Ministry paid 500,000 Tomans ($155) to employees who joined the parade

• In Kermanshah, the parade was so insignificant, that government officials made the taxis circle around Azadi Sq. several times in order to make the parade seem longer

One Iranian, who spoke anonymously, said that parade ‘attendees’ were not chanting slogans but merely walking silently along the street.

The students were even mocking the parade.

This must be quite embarrassing for the Iranian Regime, who in a sparring match with Donald Trump earlier this week, almost pleaded with Iranians to attend the anniversary.