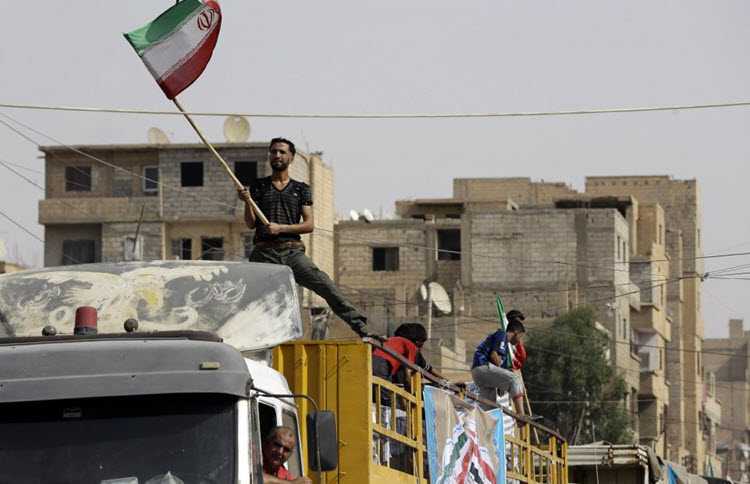 London, 19 Jun – Seven years of civil war has taken a toll on Syria. A huge toll. The Russians and Chinese are working towards the country’s reconstruction. Russia is entering a new phase of reconstruction costing around $450,000 billion.

China is in less of a rush to start the process. It knows that it is in a good position to fund the construction process and that it is sure to have a large share. Waiting around to see what happens in Syria seems like its best bet until now.

Iran, on the other hand, is an obstacle to the Russians and the Chinese.

However, the reconstruction race has started and both Russia and China are keen to get started. They are both portraying an image of stability to the West, but it is not the complete truth. Iran is still there making attempts to increase its influence.

Russia has the most prominent force in the country and it is in the best position to curb Iran’s presence. Although Moscow wants to stay in its superior position in Syria, it has suffered great financial loss through the war in Syria and most of its military budget has been spent. Although it was reluctant to get other countries involved, it had no choice.

Russia and China want to start infrastructure projects including telecommunications and transport and for them to be able to successfully move forward it is imperative for Iran to be removed. Moscow recently called for all foreign troops to leave – not just Iran, but Turkey and the US too.

With Iran and Russia’s financial problems, China has the opportunity to carry out its Silk Road plans to reach the Mediterranean. Furthermore, in the next five years, China and Syria plan to increase trade significantly.

Iran is feeling a little left out of the whole process and officials are now commenting publicly on Syria’s snubbing of Iran. Iran’s state media outlets are reporting that the government is disappointed that it has not won any major projects and that the reconstruction process will take place without Iran.

Iranian officials have also commented that Russia has taken advantage of the resources that Iran piled into Syria.

The only barrier to progress and reconstruction efforts in Syria is Iran. The sooner it is expelled from there, the sooner the war-torn country can move forward.

At the end of last year, the people of Iran took to the streets in protest against Iran’s corruption and mismanagement of the country’s resources. They called for regime change and urged the regime to leave Syria as soon as possible. This is something that the National Council of Resistance of Iran (NCRI) is supporting the people in.

The NCRI, the main opposition to the current rule, is holding its annual Free Iran rally on 30th June. Every year the NCRI gathers more and more support from the political world and progress is made in raising the profile of the opposition and raising awareness about the plight of the Iranian people.