Iran’s Harassment of US Navy Halted Under Existing Administration 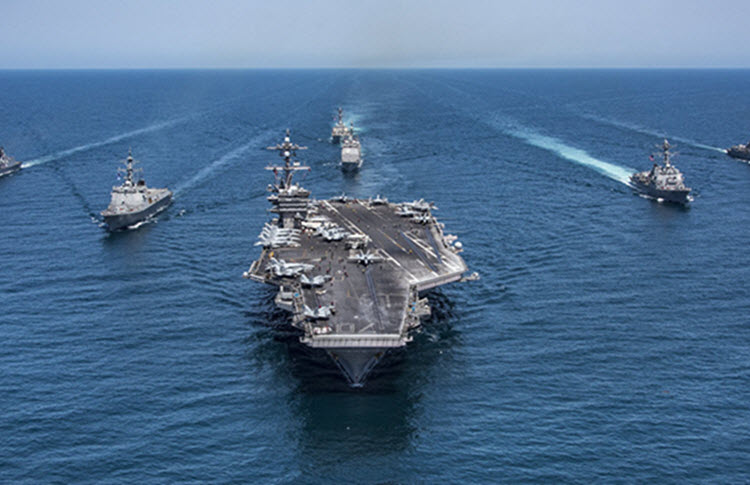 London, 7 July – U.S. Navy vessels in the Persian Gulf were consistently harassed until the Trump administration took over, a Navy spokesman said.

Over a 20-month period starting in January 2016, the Iranians averaged 2.5 “unsafe and/or unprofessional interactions” monthly, according to 5th Fleet spokesman Lt. Chloe Morgan.

However, in August of 2017, these types of interactions ceased after an Iranian QOM-1 unmanned aerial vehicle buzzed the USS Nimitz aircraft carrier in the Persian Gulf.

The 5th Fleet claims that the Navy experienced 36 unsafe interactions in 2016, but only 14 so far in 2017. U.S. military personnel and vessels have gone relatively unmolested by Iranian maritime forces.

It is important to understand why this retreat has occurred. But, Lt. Morgan hesitates. “We are not going to speculate on the reason for this recent positive trend in interactions, though we hope it will continue in the future,” she said. “The United States Navy has not adjusted its operations and will continue to operate wherever international law allows.”

But, a possible explanation may be that the Iranians “openly acknowledged there was a shift that happened roughly around the time we had our political transition,” according to Foundation for Defense of Democracies vice president Jonathan Schanzer, who held an interview with Business Insider back in March. “There was a status quo and the status quo changed.”

The FDD’s Schanzer’s interpretation is that there has been a stark reversal to the diplomatic inroads made with Iran under the Obama administration. The Trump administration’s hardline policies, as well the withdrawal from the Iranian nuclear deal and the accompanying sanctions that will affect their economy seem to have had an effect.

“They realize if they want to actually achieve their objectives across the Middle East,” Schanzer said, “they needed to dial back on the harassment that would needlessly provoke the U.S.”

However, now Iranian officials are threatening to block the Strait of Hormuz, where 30 percent of the world’soil transits each day in and out of the Persian Gulf — something that could jeopardize the suspension of harassment. This came after a senior U.S. State Department official warned about more sanctions being slapped on the Islamic Republic in November if Iran doesn’t change its behavior.