US Vows to Protect Oil Shipments in Gulf Against Iran 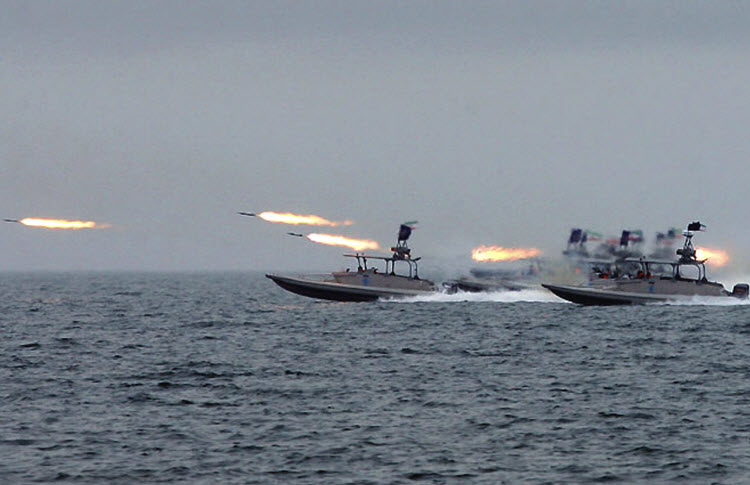 London, 7 July – The US military’s Central Command announced on Thursday that the US Navy will protect commerce and free navigation through the Strait of Hormuz, after Iran’s Revolutionary Guards (IRGC) threatened to blockade foreign oil shipments in retaliation for US sanctions.

Central Command Spokesman Navy Captain Bill Urban said: “The US and its partners provide, and promote security and stability in the region. Together, we stand ready to ensure the freedom of navigation and the free flow of commerce wherever international law allows.”

Iranian President Hassan Rouhani threatened on Tuesday, while at a meeting in Vienna, to blockade oil shipments from the Gulf countries, after Donald Trump made additional efforts to persuade China, Japan, and India, among others, to ditch Iranian oil to avoid upcoming US sanctions.

He said: “The Americans say they want to reduce Iranian oil exports to zero…. It shows they have not thought about its consequences.”

The sanctions are coming into force in November, following Trump’s withdrawal from the 2015 nuclear deal in May. Any company or country that refuses to pull out of Iran will face major sanctions from the US.

At the meeting in Vienna, Rouhani called on Europe to resist the US sanctions and “guarantee” the current benefits that Iran enjoys under the deal or risk Iran walking away.

The leaders of Germany, Britain, and France – the three European signatories – are currently trying to save the deal by blocking US sanctions against their companies, but they cannot protect companies that operate in both Europe and the US. That’s why so many companies have already pulled out of Iran.

While Rouhani did not elaborate on his threat, the IRGC has threatened to block the Strait in the past. Although the IRGC lacks a strong conventional naval fleet, they previously caused trouble with its speedboats, portable anti-ship missile launchers, and sea mines.

On Thursday, Mohammad Ali Jafari, the head of the IRGC applauded Rouhani’s “firm stance” and said they were ready to block the key shipping lane, where one-fifth of global oil shipments pass through.

He said: “We are hopeful that this plan expressed by our president will be implemented if needed… We will make the enemy understand that either all can use the Strait of Hormuz or no one [can].”

Of course, the only option is to continue getting tough on Iran in order to weaken the dictators and empower the people’s call for change.

Iran says will go ahead with disputed atomic work