Iran Reacts With Bluff to US Deployment 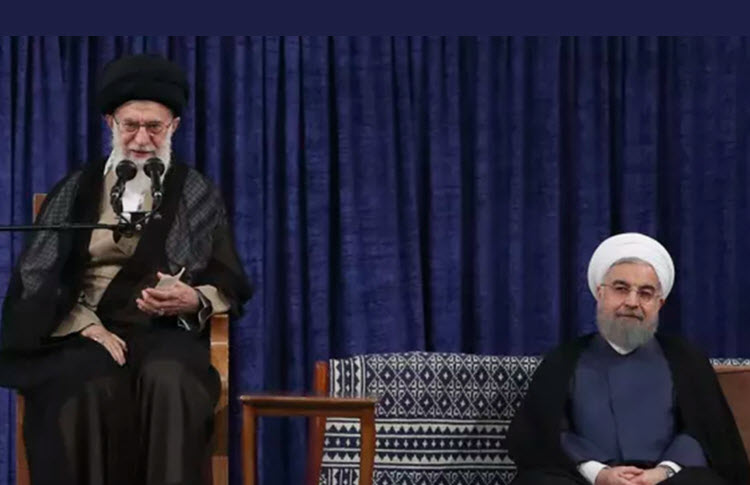 London, 07 May – There have been mixed reactions to the announcement by US National Security Advisor John Bolton that Washington deployed an aircraft carrier group and a bomber task force to the Middle East in order to counter the Iranian threat, but US allies in the region have been very supportive of the measure.

Arabian media reported that the US had deployed the aircraft carrier group USS Abraham Lincoln and an air strike force because of Iranian threats to “close the Strait of Hormuz” and prevent oil shipments travelling through the Gulf.

Of course, Ayatollah Ali Khamenei, the Supreme Leader of Iran, reacted with the expected bluster when addressing a group of students and teachers on Sunday, claiming that Iran would defeat its “enemies”, by which he means the US and Israel, “with the help of God.” He believes that despite Iran’s massive military disadvantage that God will help the mullahs to bring the US and Israel to their knees.

While President Hassan Rouhani threatened last Wednesday that Iran would “respond on Wednesday to US sanctions and (Washington’s) withdrawal from the 2015 nuclear deal (JCPOA)…by imposing counter-measures”.

At the same time, some Arab media outlets reported that Iran and its Lebanese proxy militia Hezbollah had supplied a new rocket launch system to the Palestinian Hamas movement in Gaza in order to hit targets inside Israel.

Youssef Azizi, an analyst at Al Arabiya TV, said that Iran had brought in a number of its proxy militias from Lebanon, Iraq and Afghanistan to Khuzestan Province, which indicates that Iran “might possibly try to attack US forces in Iraq or Afghanistan”.

However, Iranian analyst Massoud al Faikh told Arab media that Iran “has no incentive to launch an attack against its adversaries, since it is weaker than they are”. He did note that Iran has a “strong” speedboat network that could be used to attack shipping boats in the Gulf, but this would still be no match for the US Navy.

To put it simply, all of Iran’s talk is just bluff. They will never follow through on their threats because they do not have the resources to do so.

Donald Trump pulled out of the nuclear deal on May 8, 2018, and subsequently reimposed sanctions on everything from its use of the US dollar to its oil industry. Tomorrow, Trump is expected to announce new sanctions to hurt the Iranian Regime and bring them back to the table for a new deal.

By Jubin Katiraie Increased street peddling by women in...