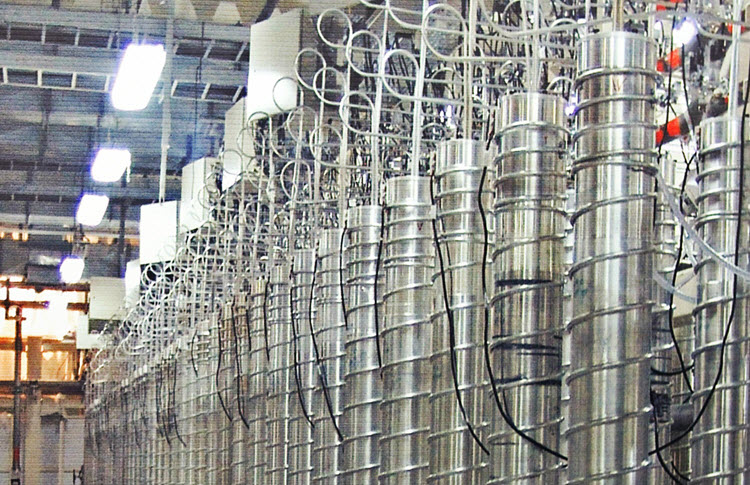 Iran said today that it wouldn’t give European powers any more time to save the nuclear deal, by helping Tehran evade US sanctions after July 8.

The representative for Iran’s Atomic Energy Organization said that Tehran was ready to enrich uranium beyond limits set under the 2015 deal, which would violate the deal.

This threatened breach would not only concern the five nations still signed up to the deal, but also the US, who withdrew from the deal, citing Iranian noncompliance, last year. (Donald Trump has already said that he is prepared to use military force to stop Tehran getting a nuclear bomb.)

In May, Iran said that it would reduce its compliance with the nuclear pact in protest of the US withdrawal and sanctions. This included a threat to increase uranium enrichment if the other nations failed to protect Iran from US sanctions.

President Hassan Rouhani said: “If our demands are not met, we will take new measures after 60 days, calculated from May 8. But if they return to their commitments, we will cancel all measures taken in the first 60 days or possibly the second 60 days, and there won’t be any problem.”

While the European signatories – Britain, France, and Germany – have all tried to convince Iran to remain a part of the nuclear deal, but even they admit that they might be reaching the end of the diplomatic road with Iran.

A senior European Union diplomat, who spoke on condition of anonymity, said, “If [Iran follows through on its threat], it’s essentially game over for the EU.”

This is especially true after the oil tanker attacks in the Gulf of Oman, near the strategic Strait of Hormuz shipping lane, last week, which the US, the UK, and Germany have all attributed to Iran’s Revolutionary Guards (IRGC).

Iran threatened to close the Strait of Hormuz, where one-fifth of all global oil is shipped through, following the US sanctions on Iranian oil in November and the expiration of eight sanctions waivers in May.

In response, the US announced it would send roughly 1,000 more troops to the Middle East to counter threats from Iran, in addition to the aircraft carrier and various other troops sent in May after the US received word of Iran’s hostile behaviour.

UPI: A nine-year prison sentence for an Iranian human...