Trump Prepared for Anything With Iran 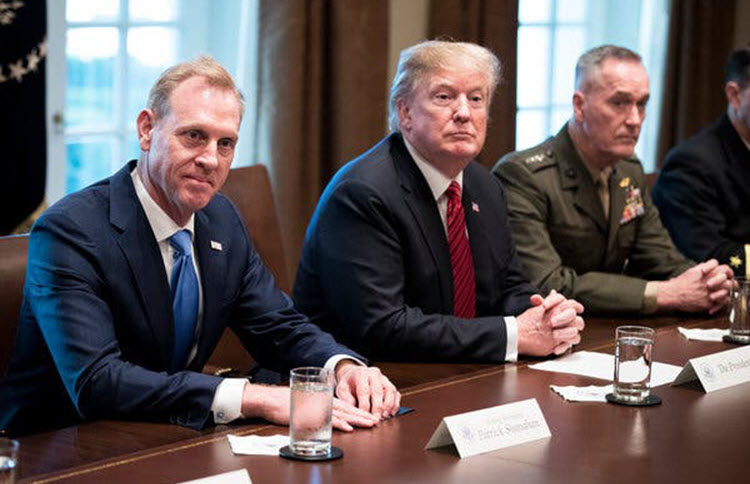 United States President Donald Trump said Tuesday the US was “very prepared” for any situation with Iran, following an escalation of tensions over the past week.

It began on Thursday, the US accused Iran of attacking two oil tankers in the Gulf of Oman. Iran denied the attack, but the commander of Iran’s elite Revolutionary Guards Corps Brigadier General Hossein Salami has since claimed that its ballistic missiles were capable of hitting “carriers in the sea”, which some observers see as an indication that Iran did attack these tankers.

Then, on Monday, the US announced that it would send about 1,000 more troops into the Middle East to counter Iranian threats, while Iran vowed to increase uranium enrichment to a level that would breach the 2015 nuclear deal.

The US withdrew from the deal last year citing Iranian noncompliance as well as the failure of the deal to address Iran’s regional warmongering export of terrorism, use of ballistic missiles, or inhumane treatment of its people.

He continued by explaining that Iran had been chanting ‘Death to America’ when he took office, but that he had not heard that recently. This, he says, is an indication that Iran is scared.

However, while Trump said he was prepared to take military action to prevent Iran from getting a bomb, Secretary of State Mike Pompeo has been clear that they don’t want war with Iran. In fact, the US wants to deter aggression, Pompeo said at the MacDill Air Force Base in Florida, also on Tuesday.

Pompeo said: “President Trump does not want war and we will continue to communicate that message while doing the things that are necessary to protect American interests in the region. Now we need to make sure that we continue to do that so that we ultimately get the opportunity to convince Iran that it’s not in their best interest to behave in this way.”

However, Saeed Jalili, the representative of the Iranian Supreme Leader at the Supreme National Security Council, has said that Iran will refuse to compromise with the US.

This was perhaps best shown in the rocket attack on a US-Iraqi training base in Mosul on Tuesday, the second in 24 hours, which is believed to have been launched by pro-Iran militias in Iraq.

AFP: Iran has arrested around 170 people over the...