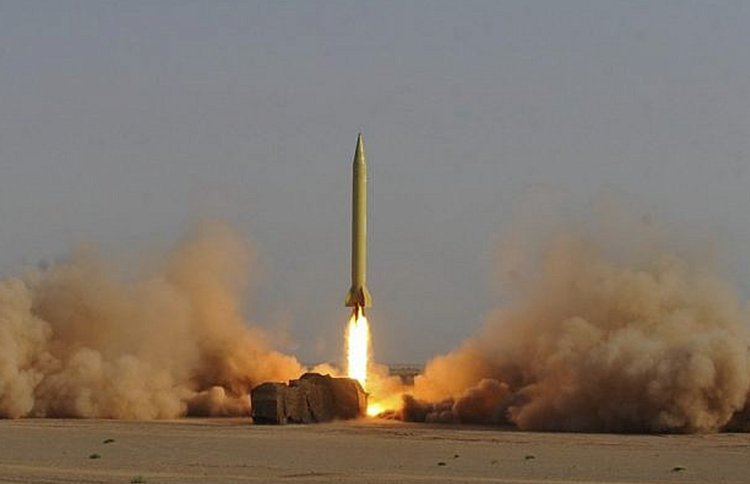 This week Iran test-fired a medium-range ballistic missile that travelled 1,000 kilometres, according to an unnamed US official who spoke to CNN, which is just the latest development increasing tensions between Iran and the West.

The missile, launched Wednesday from the southern coast of Iran, landed just east of Tehran, with American officials closely monitoring the test site when Iran was preparing for launch.

A separate senior administration official told Bloomberg News that they were aware of reports that Iran had launched a projectile, but declined to comment further.

Under the United Nations Security Council resolution that enshrines the 2015 nuclear deal, which gives Iran sanctions relief in exchange for restricting its nuclear work, Iran is “called upon” not to undertake any work on ballistic missiles that could be capable of delivering nuclear weapons. The majority of experts believe that this missile can be slightly altered to carry a nuclear weapon, which seems like a clear violation.

The US withdrew from the deal last year, citing Iranian noncompliance, with the hopes of putting pressure on Iran to come back to the negotiating table for a stronger deal. Meanwhile, US Secretary of State Mike Pompeo demanded Iran cease all missile testing and give up its cache of the weapons.

Many see it as a political statement by Iran, hinting that they could use missiles to attack the US or Western targets in the region. Perhaps Tehran is even trying to say that American efforts to sabotage Iran’s nuclear program, i.e. sanctions on Iran’s purchasing of missile components or cyberattacks on its missile systems, is not stopping Iran.

While the Shabaab-3 missile didn’t threaten shipping or American military bases in the region, it is still concerning given the recent uptick in Iran’s attacks on tankers and drones in the Gulf. These attacks, including most recently the seizure of a British tanker, have caused the US and the UK to call for a coalition of allies to protect shipping in the Strait of Hormuz.

Pompeo said the US and its European allies will work together to protect international shipping from Iran.

He said: “I am confident that we will all form a collective defence. The United States is calling it our maritime security initiative, and we have asked countries from all across the world to participate in that to assist in the defence of the waterways through the Gulf and through the Straits of Hormuz.”