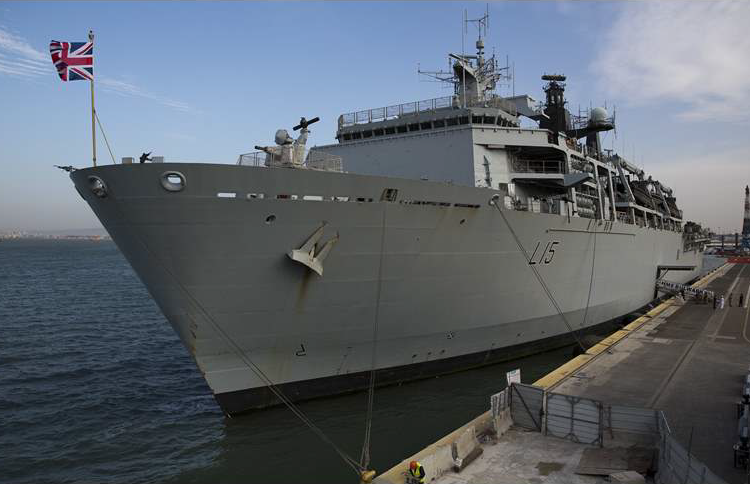 The UK announced Thursday that it has begun sending warships to accompany all British-flagged vessels through the Strait of Hormuz to protect them from Iran, only days after the government said it did not have resources to do so.

A government spokesman said: “The Royal Navy has been tasked to accompany British-flagged ships through the Strait of Hormuz, either individually or in groups, should sufficient notice be given of their passage.”

Tensions between the two countries have risen over the past week since Iran seized a British-flagged tanker in the Strait, where one-fifth of all oil shipments pass through. This incident came two weeks after Britain captured an Iranian oil tanker near Gibraltar that they accused of violating EU sanctions on Syria.

British frigate HMS Montrose, which recently arrived in the Persian Gulf, carried out the first mission on Wednesday evening.

Bob Sanguinetti, chief executive of the UK Chamber of Shipping trade association, said: “This move will provide some much-needed safety and reassurance to our shipping community in this uncertain time.”

The UK had previously advised British-flagged vessels to avoid the Strait and notify the Navy if they had to cross it but warned they would not be able to escort every ship. However, an official said that this new plan had actually been in place for a few days.

In a statement, the spokesman said: “Freedom of navigation is crucial for the global trading system and world economy, and we will do all we can to defend it.”

However, this cannot be all because Iran will be looking to fight back.

Former Royal Navy captain Gerry Northwood, from maritime security firm MAST, said Iran has operational capabilities throughout the region and will be looking to “embarrass” the UK for failure to protect shipping.

Mark Gray, a retired colonel with Britain’s Royal Marines, said: “The key issue with the escorts is the rules of engagement. The vessels must have the authorization to fire warning shots, and also, if necessary, target rounds against boats and helicopters. If not, the Iranians will call our bluff and board, even if escorted.”

Britain wants to create a European-led mission to protect shipping in the Strait, something which France, Italy, and Denmark have supported, after last week’s tanker seizure that London described as “state piracy”.

The Royal Navy said that the destroyer HMS Duncan and four mine countermeasures vessels have been deployed to the region.