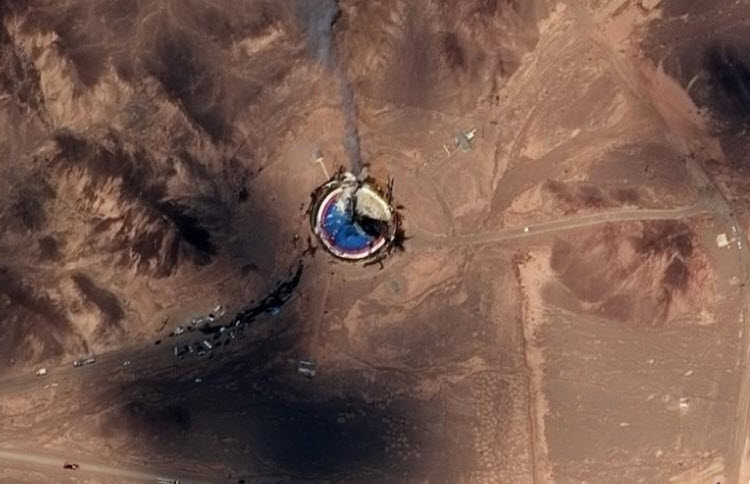 On August 29, Reuters reported that an Iranian rocket exploded on its launch pad at Imam Khomeini Space Center in northern Iran before its scheduled launch on Thursday, according to an Iranian official. “It was due to some technical issues and it exploded but our young scientists are working to fix the problem,” the official added.

A U.S. official confirmed, speaking on condition of anonymity, that Iran suffered a satellite launch failure.

There are concerns that long-range ballistic technology used to put satellites into orbit could also be used to launch nuclear warheads, a goal that the Iranian government has been seeking for a long time.

Radio NPR also reported on the incident Thursday, and published satellite imagery shared exclusively with NPR, which showed an exploded Iranian rocket on the launch pad.

The imagery from the commercial company Planet shows smoke billowing from the pad at the Imam Khomeini Space Center in northern Iran.

After analyzing the imagery taken Thursday, Dave Schemerler, a senior research associate at the Middlebury Institute of International Studies, said to NPR, “This look likes the space launch vehicle blew up on the launch pad.”

The failure is the third of its kind this year. In January and February, Iran attempted to launch two rockets, both of which failed to reach orbit.

The exact type of rocket used in the failed launch on Thursday is unclear, but the circular pad had previously been used to launch a type of two-staged, liquid-fueled rocket known as the Safir. The rocket is relatively small and can carry only small satellites into orbit. Earlier this month, Iran said one such satellite, known as Nahid-1 was ready to be launched.

Apathy in Presidential Election Is Not Because of Disqualifications, Iranian Officials Say

These days, Iranian officials’ main concerns are over a...