Remembering the Victims of Enforced Disappearances in Iran 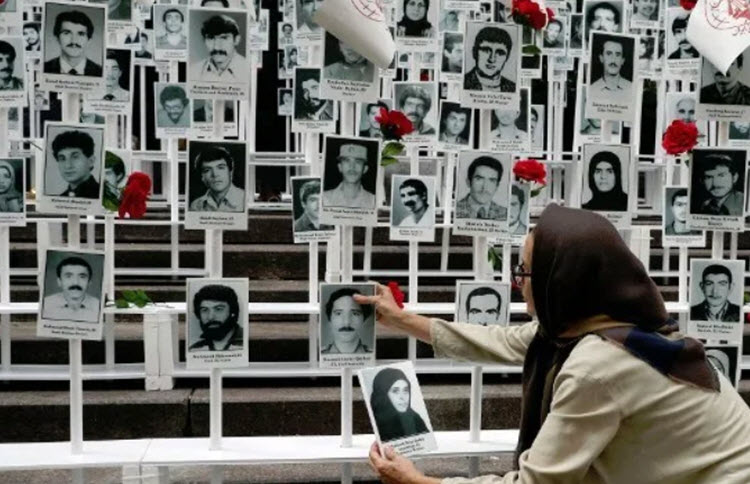 Iran Human rights Monitor (HRM) published an article about the 1988 massacre in Iran to mark the International Day of the Victims of Enforced Disappearances.

Parts of the article are as follows:

Enforced Disappearances in Iran and the 1988 Massacre

The Iranian regime has a history of cracking down on its opponents. Incommunicado detentions, arbitrary abductions, summary executions, torture and enforced disappearances are among practices commonly used against opponents.

Dissident intellectuals and students, ethnic groups and religious minorities, and members and supporters of the People’s Mojahedin Organization of Iran (PMOI/MEK) have always been targeted.

With the brutal suppression of the last demonstrations in Tehran and other cities which peacefully demanded freedom on June 20, 1981, the regime’s crackdown took a sharp turn and climaxed during the 1988 massacre of 30,000 political prisoners.

In summer 1988, a wave of intense killings began in Evin and Gohardasht prisons, in Tehran and Karaj, respectively. The mass executions then extended to other prisons all across the country. Tens of thousands of political prisoners mostly members of the PMOI were among victims of enforced disappearances in Iran and extra-judicially executed during the massacre.

The international community and in particular the UN are obliged to take all necessary measures to end impunity in this case. Failure to hold Tehran accountable would simply embolden the Iranian authorities to continue their gross human rights violations.

We urge the international community, the UN Security Council, the UN Human Rights Council and its member states, as well as other relevant United Nation agencies, the European Union, all advocates of human rights and justice to end the immunity of those responsible for the 1988 massacre.

The time has come for referring the dossier of human rights violations in Iran, particularly the enforced disappearances and executions of the 1980s and the 1988 massacre of political prisoners, to the UN Security Council.

The time has come for Khamenei and his accomplices to face justice for their crimes against humanity.

The time has come for the United Nations to launch an international independent fact-finding mission to determine the fates of victims of enforced disappearances during the 1988 massacre in Iran.