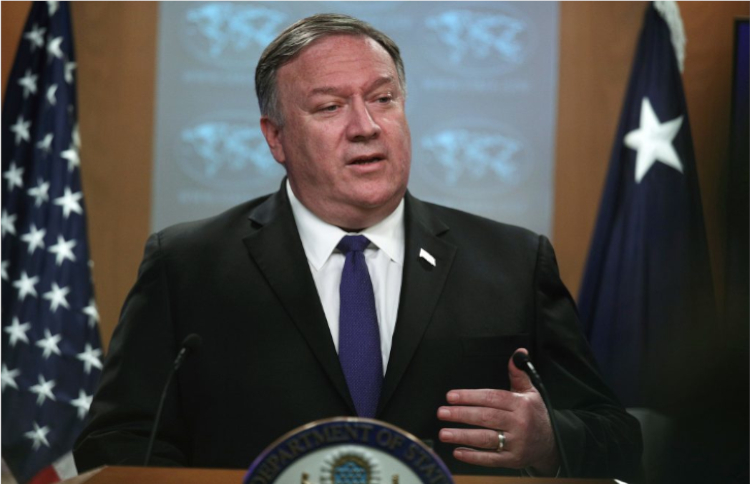 On Sunday, US Secretary of State Mike Pompeo appeared on both ABC News with George Stephanopoulos and Fox News with Chris Wallace, during which he spoke about the threat posed by Iran.

Iran announced on Friday that it had increased its enrichment of uranium by using advanced centrifuges; which is at least the third violation of the nuclear deal in recent months and shortens the time Iran needs to build a nuclear weapon to less than a year.

This is something that the CIA recently said would happen following the US withdrawal from the 2015 nuclear agreement, which happened because Donald Trump said Iran wasn’t complying with the deal.
With that in mind Stephanopoulos asked Pompeo whether Trump was still willing to meet Iranian president Hassan Rouhani at the UN General Assembly next month.

Pompeo said that Trump is still willing to have an unconditional meeting with Rouhani in order to take steps towards peace in the Middle East without violence or war, but he didn’t know when the meeting would happen as it was up to Iran to make that decision.

When Wallace asked him what the US intended to do about the threat from Iran, Pompeo said that the US would be building alliances with Gulf states and US partners

Pompeo told Stephanopoulos: “Iran will never have a nuclear weapon on President Trump’s watch.”
Pompeo was clear that if the US had remained in the Iran nuclear deal that the mullahs would have a “pathway towards a nuclear weapon system”. He said that the pressure the US has since put on the Iranian economy, which could shrink the economy by 10-14% and deny Iran the capacity to build nuclear weapons systems. He also said that this would cut off the resources to terror groups like Hezbollah and the Shia militias in Iraq.

Pompeo told Wallace: “This will reduce their capacity to purchase the things they need, the equipment they need, the materials they need, to inflict terror around the world.”
One thing that Pompeo made clear was that the US would not be going back to appeasement.

He told Wallace: “We need to make sure that we’re doing all we can to make those that understand that the revolutionary nature of the Iranian regime is unacceptable, that they’ve got to change their behaviour, and that America will never permit them to have a nuclear weapon, those inside of Iran that understand that, and I think that’s the majority of the Iranian people as well… We want a successful Iran. We want them to be part of the community of nations. You can’t do that when you’re building missiles that threaten Europe, threaten Israel, and building out systems that could ultimately create a nuclear weapon.

Protest erupts in University of Tehran