Iran’s Government Being Crushed Under the “Negotiation Trap” 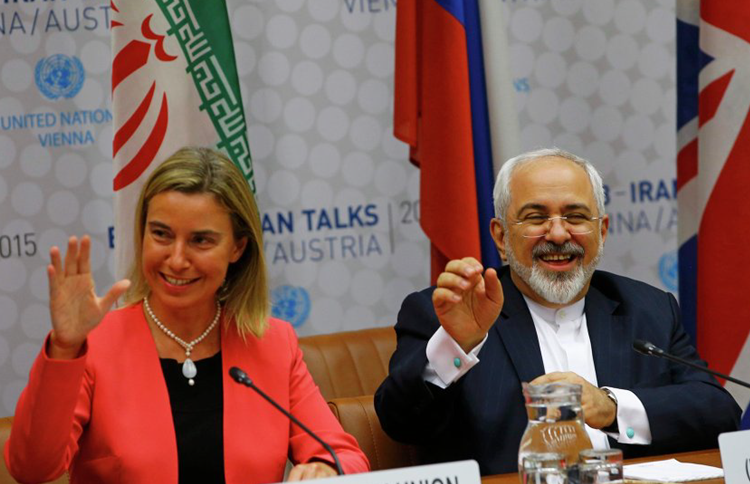 The fall of Iran into the “trap of negotiation” was what the Iranian Opposition, National Council of Resistance of Iran (NCRI) used to say and is now heard from Iran’s government members. These days, the rope of sanctions tightens on the throats of Iran on one hand and the crises of no solution on the other reflects, more than ever, Iran stuck in the mud of dilemma, what Iran’s supreme leader Ali Khamenei describes as choosing between ‘being crushed’ or ‘misery’. This situation can be seen in the statements of officials of both factions of the clerical establishment.

Ramin Mehmanparast, Iran’s former Foreign Ministry spokesman, recently told state television: “Now they have reached a point where they didn’t even insure to buy oil, and we said that once the oil income came into INSTEX it would only make sense to us, otherwise with $20 or $30 million, no problems will be solved. What the French have announced as a $15 billion credit line, well, in reality, this is just a loan. We can only reach our goals, only when we use all of our power and tools in the best way, and one of them is dialogue and negotiation.”

He continued: “If the Europeans will act, they must solve the problem basically. I think what the Americans are doing, from one side they tell that maybe they will agree with the plan, and from another side, they say that their policy is the maximum pressure. … And if we were to take steps to reduce our commitments again, because of an agreement while I don’t know how much it would work. Next time, if we say we want to take steps again, it will not have that effect, In fact, I don’t think our country will have a great achievement in these negotiations.”

According to the state-run Hamshahri website on 14 September 2019, Amir Mohebian, close to the faction of Iran’s supreme leader Ali Khamenei, pointed to another contradiction in the trap of negotiations and said:

“If the United States lifts now the sanctions completely, we will just go back to the point where it was at the time of the JCPOA agreement (2015 nuclear deal), so the question is what should be the outcome of a new negotiation?”

Iran’s parliament member Hamid Rezai said: “As the supreme leader said, negotiations with this government is just a stronger poison while we know that it will not have any result. We should not waste our time, ability and prestige on away, which was experienced.”

Nasser Imani, close to Khamenei’s faction, said: “Assuming the US returns to the JCPOA and lifts all sanctions, what guarantee is there that the current US government will not once again simply tear up the JCPOA, and that the outcome of the negotiations would not be lost again?”

On 17 September, the office of Iran’s supreme leader twitted:

1. Negotiation with the U.S. means the imposition of their demands on Iran

2. Negotiation means a show of the success of the U.S.’s policy of maximum pressure.

And he announced that:

“There will be no talks with the U.S. at any level,”

“That’s why all Iranian officials, from the president and the foreign minister to all others, have announced that we do not negotiate (with the U.S.) either bilaterally or multilaterally.”

Netanyahu and Obama to discuss Iran

Ahmadinejad vows Iran will not retreat in nuclear standoff