Iran: “We Are Worried That the Case Will Go to the Security Council” 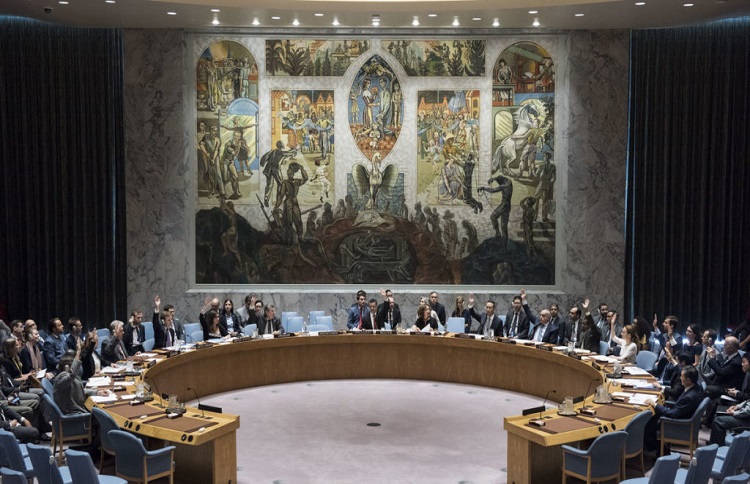 The detection of Uranium of human origin in Turquzabad, a village in Kahrizak Rural District, and Abade which are the locations of some of Iran’s atomic sites,

and Iran’s refusal to accept the UN nuclear inspections or to respond to its activities on these sites finally led to the resolution of the IAEA Board of Governors against Iran.

Rafael Grossi, the Director-General of the IAEA said, the reason was that the Iranian authorities do not give permission to the IAEA to inspect the two locations.

The Iranian government reacted very fast and threatened that Iran will adopt the appropriate measure. Iranian lawmakers asked the Government to stop the voluntary implementation of the NPT and suspend all the supervisions, but gradually Tehran’s tone becomes gentle and its softer reactions indicate the regime’s weakness and lower positioning in the global balance of power.

Fearing an even harsher global reaction, Iran’s President Hassan Rouhani said, “Our behavior with the IAEA was in a good manner. We continue with the base of friendship with the IAEA.”

One government expert mentioned that “the draft resolution was given by the United States to the Security Council to both prevent the sale of weapons to Iran and to implement the Resolution 2231, and to activate the trigger mechanism.” He then said about Rouhani’s comments:

“What Rouhani says is not his personal opinion and is adopted at the top of the pyramid of the power, a decision that shows that we are concerned that our case will be passed to the Security Council and how difficult will it be for us in that case.” (Jahan Sanat, 25 June)

About this fear, Khabar online website on 25 June wrote: “Despite the return of sanctions and the fact that the countries in the Security Council do not have the right to veto this issue, it is likely that Iran will once again return to the Chapter 7 of the UN Charter, which means that the United States will be allowed to take any military action in the region and the pressure on Iran will intensify. Another meaning is that this will lead to a cutoff of Iran’s cooperation with the region and our country’s missile activities.”

Jahan Sanat on 20 June wrote: “When Russia and China give an opposite opinion and disagree, we should expect a naval and air blockade and things like what happened in Libya.”

About Iran’s possible withdrawal from the NPT, which was the suggestion of some hardliners in the parliament, Fereydoun Majlisi, a government International Affairs Expert in an interview with BORNA on 26 June said: “Those who are opting for Iran’s withdrawal from the NPT should know that this war will be continued and the economic war and Iran’s sanctions are a real war, and this is a war that its silent bullets will cause millions of dollars in damage to Iran.

“On the one hand, in this situation, Iran has to buy everything at a double price with the help of brokers, and in return for whatever it wants to sell, it has to accept the risk of whether its money will be returned or not.

“In fact, on the very first day that Iran announces its withdrawal from the NPT, within 24 hours, the six Security Council resolutions against Iran will be reinstated.”

Q+A – Where does China stand on Iran sanctions?