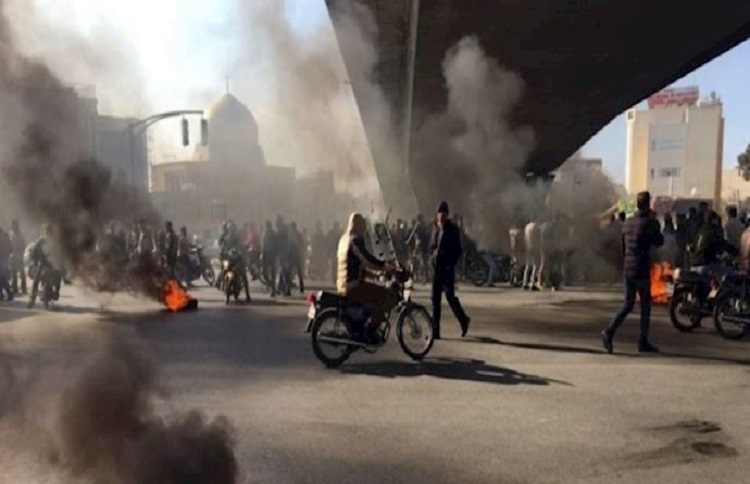 Tens of millions of people in Iran have been left in utter despair due to extreme poverty, starvation, and death caused by the spread of the coronavirus, and their lives have been ruined.

They do not see a bright future ahead of them. They are now like a volcano that is about to erupt and erode the entire clerical establishment.

This is the reason why now many officials fear and seek a solution to this eruption. At a session on 23 June, Iran’s parliament witnessed alarming statements about the explosive situation in the society and the confession of theft, looting, and the consequences for the regime.

Hossein Maghsoudi, one of Iran’s new lawmakers, warned officials, saying: “I’m a teacher and feel the starving of my student children with all my being. I am a mother and have seen the unemployment of the youth depressed from their unemployment with tears and sighs. I have seen the oppressed old men and women of my city, and in the wrinkles of their foreheads, I have seen the sword of God’s wrath against all of us. So much, we have not managed and planned the bad condition of housing that people’s belongings have been dumped on the streets, parks, and parking.”

Ahmad Alireza Beigi, another MP, said: “The country’s economic situation is devastated, and people’s tables are shrinking. We provide $14 billion in wealth to the government every year. While today’s report by Mr. Pur-Ebrahimi, Chairman of the Economic Commission, said that 100 trillion Tomans, the difference in preferential currency, has gone into the pockets of some powerful people. We have failed altogether, and now we are witnessing the people’s redoubled dissatisfaction.”

Explaining this blatant theft, Beigi specifically blamed Iran’s President Hassan Rouhani. He accused him of committing a ‘major mistake’ that had led to the ‘looting’ of people’s wealth and said:

“The wealth of the people is the same $35 billion that was poured into the market to control the price of gold and currency. They injected it into the market and then bought it themselves, and today the governor of the Central Bank and his deputy for foreign exchange are under heavy charges, and I was witnessing and saw the proof, that they made such a big mistake by the will of the President.”

“The head of the Court of Accounts announced this year that our wealth was looted and given to people who did not bring any money into the country or tried to exaggerate. The case is now in a new phase with the arrest of the head of the Privatization Organization, who had the personal support of the President.”

Ali Asghar Anabestani, an MP from Sabzevar, said: “Everywhere we go, the people are complaining, I do not know what I should say. We go to the village; farmers and ranchers are complaining that livestock inputs, fertilizers, pesticides, and vaccines are not provided, the market is not controlled, and being caught in a broker network and that they do not even have potable water.”

“We go to the city; workers, employees in the service of purchasing services, company employees, contract teachers, literacy movement and retirees, and war veterans are dissatisfied because of the discrimination in payments, non-implementation of laws and job insecurity.”