Iran Fails to Protect Its People From Human Trafficking 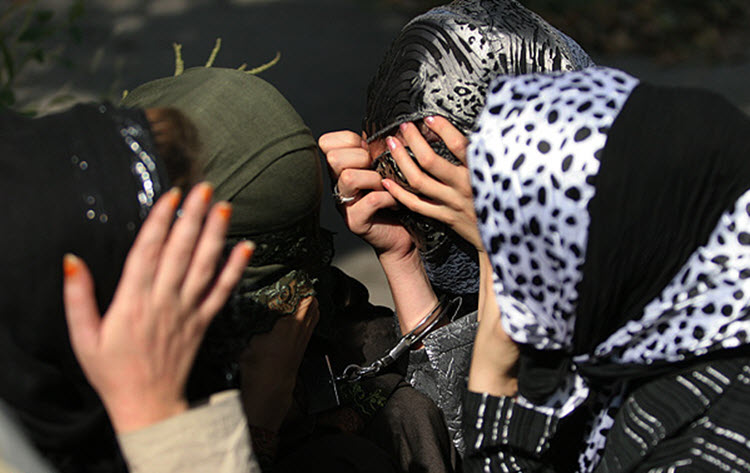 London, 30 Jun –  Iran has been ranked among the worst offenders for human trafficking according to the latest report by the US State Department.

The Trafficking in Person report, dated Tuesday, June 27, criticised the Regime for not even making the most minimal efforts to stop human trafficking and giving the traffickers a free pass.

It read: “[The Iranian Regime] does not fully meet the minimum standards for the elimination of trafficking and is not making significant efforts to do so.”

It continued: “The government did not report anti-trafficking law enforcement efforts and officials [who] continued to be complicit in trafficking crimes.”

The annual report ranks countries into three tiers based on their efforts to tackle human trafficking, slavery and forced labour. They made their determination on the Iranian Regime based on information from NGOs, the media, and international organisations.

Child Soldiers
For the victims of human trafficking, it is not just their captors who pose a risk to them. If forced to commit crimes or serve as soldiers, they could face certain death.

The report reads: “Trafficking victims remained highly vulnerable to punishment, including death, for unlawful acts committed as a direct result of being subjected to trafficking. Allegations continued that Iranian officials coerced Afghan men into combat roles in Syria, and the Iranian government provided financial support to militias fighting in Iraq that recruited and used child soldiers.”
This is also the case for street children in Iran, who are highly vulnerable to trafficking.

Organised criminal gangs kidnap/purchase Iranian and migrant children, especially Afghan refugee children, and forced to work as beggars and street vendors in cities like Tehran. These children, who may be as young as three-years-old, are coerced through physical and sexual abuse and drug addiction.

Sex Slaves
The reports revealed that vulnerable women and girls, desperate to support their families are seeking employment, are targeted by traffickers and trafficked abroad to be sold as sex slaves. It highlighted that young girls, between 13 and 17, are particularly targeted by child sex traffickers.

It read: “[Girls under 13] may be forced into domestic service until their traffickers consider them old enough to be subjected to child sex trafficking.”

The report revealed that the steep increase in young Iranian women working as prostitutes in Dubai, may be a result of the trafficking programmes.

It read: “From 2009-2015, the transport of girls from and through Iran en route to other Persian Gulf states for sexual exploitation reportedly increased. Iranian girls were subjected to sex trafficking in brothels in the IKR, especially Sulaimaniya; in some cases this exploitation was facilitated by Iranian trafficking networks. In 2015, the media reported Kurdistan Regional Government officials were among the clients of these brothels.”

It is not just brothels that benefit from sex trafficking though.

The report read: “In Tehran, Tabriz, and Astara, the number of teenage girls exploited in sex trafficking reportedly continues to increase. “Temporary” or “short-term” marriages lasting from one hour to one week—for the purpose of commercial sexual exploitation—are reportedly increasing in Iran. Trafficking rings reportedly use Shiraz, Iran, as a transit point to bring ethnic Azeri girls from Azerbaijan to the UAE for commercial sexual exploitation.”

This is why we must support the Iranian Resistance (NCRI/MEK) and its elected leader Maryam Rajavi, who currently serves as a government-in-exile and have a ten-point plan to create an Iran for the 21st century. They believe in putting human rights at the centre of their democracy and would work to end the human trafficking problem.

On July 1, the Resistance is holding a Free Iran rally in Paris with over 100,000 dignitaries, politicians and activists in attendance, where they will call for freedom for their people.

Reuters: Foreign Secretary Jack Straw says there is no...