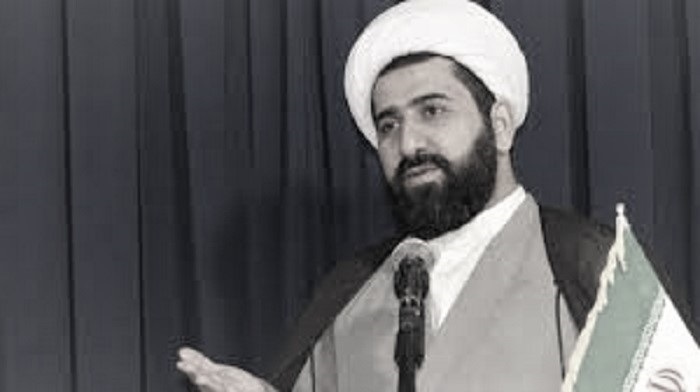 One after another, Iranian officials acknowledge that their security forces shot and killed innocent people during the bloody crackdown on recent protests.

On December 6, 2019 during the Friday prayer in the city of Asalam, north of Iran, Mohammad Javad Bagheri, the imam of Friday prayer and supreme leaders’ representative, called the protesters “thugs”, confessed that “so many” had been shot and killed in the protests and many of those killed were even “bystanders”.

“In the past few weeks you witnessed the chaos and anarchy that was created under the pretext of gasoline price hike, we are still suffering the consequences of that event, see how many people have lost their lives because of that, well, you see, in the midst of fighting no cookies are distributed, there would be shootings and bullets, and even if you are impartial and bystander, but go into the scene, it is possible that one of those bullets hits you, as it was the case with so many people who were killed, many of those who were killed might have been bystanders. Somebody was telling me that while he was hospitalized in a hospital in Tehran there was a nurse who was standing by the window of the room to film the street outside and she was hit by a bullet right in the middle of her forehead.”  Bagheri said in the Friday prayer.

While the representative of the supreme leader Ali Khamenei, confesses that “so many” bystanders were killed, on Tuesday, December 3, 2019, the regime’s officials acknowledged that security forces used firearms to crack down the demonstrations. A report on state television on Tuesday said that some of the protesters killed in the crackdown were “rioters who had attacked sensitive or military centers with firearms,” and described how the armed forces had “deftly and vigilantly” fought back against “hostile groups”.

On December 6, 2019, Michelle Bachelet, the UN High Commissioner for Human Rights released a statement saying that she was alarmed by “the continuing lack of transparency about casualties and the treatment of thousands of detainees” during the recent protests in Iran. She said that the UN High Commissioner for Human Rights has video evidence showing that the Iranian regime’s security forces “shot to kill” protesters during Iran’s latest wave of demonstrations.

Amnesty International reported that the number of people believed to have been killed during Iran demonstrations has risen to at least 208, based on credible reports received by the organization. The real figure is likely to be higher.

“This alarming death toll is further evidence that Iran’s security forces went on a horrific killing spree that left at least 208 people dead in less than a week. This shocking death toll displays the Iranian authorities’ shameful disregard for human life,” said Philip Luther, Research and Advocacy Director for the Middle East and North Africa at Amnesty International.

In a press briefing on Wednesday, the US State Department Special Representative for Iran Brian Hook said the Iranian regime “could have murdered over 1,000 Iranian citizens,” in recent protests.

The main Iranian opposition group, the People’s Mojahedin Organization of Iran (PMOI/MEK) has published the names of 350 people who have been killed by the regime’s security forces in the protests.

The MEK Iran also announced that the number of protesters killed by the regime exceeds 1000 with several children and minors among the victims.

Reuters: Britain is "100 percent focused" on a diplomatic...

Is This the End of the Nuclear Deal?