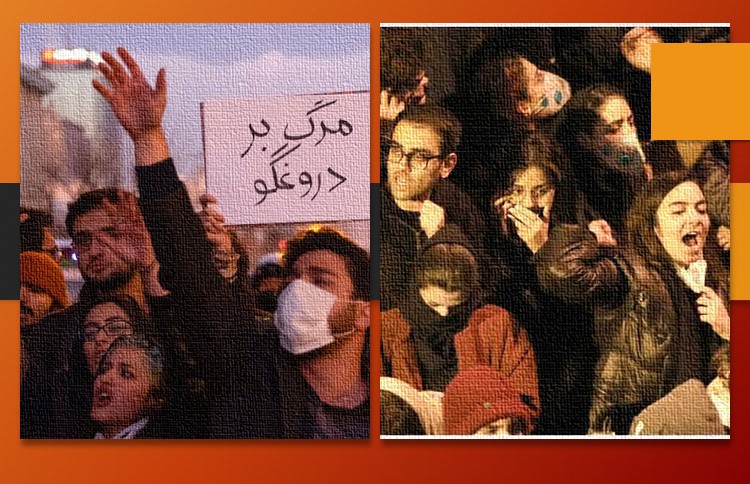 Three months after the November uprising began in Iran and there are families reporting that they still have no information on the fate of their arrested relatives.

Most of the families believe that their relatives may be among the martyrs of the protest because they have not contacted their family since they were arrested.

Plenty of those injured during the protests was abducted from hospitals, like the Namazi Hospital of Shiraz and Mo’arifizadeh Hospital in Shadegan, Ahvaz, by IRGC Intelligence and taken to unknown locations. They are believed to be in the IRGC detention centres. These protesters were denied the urgent medical care they needed, which means that many may have died in Iranian prisons.

Because of this, many injured protesters avoided hospitals, saying they’d rather suffer at home or lose their organs than be captured by the authorities.

One protester said: “Security forces targeted me with pellet gunfire. 18 pellets are in my hands and legs, but I could not go to a hospital because they arrested all injured individuals there. Now my right hand’s fingers are numb. There are also some shots in my right foot’s joint and my left elbow.”

Many of those arrested following the protests were identified in video clips and CCTV by the security forces before being arrested at home or work. The Intelligence Ministry and Judiciary officials describe them as leaders of the protests.

Mohammad Hossein Aghassi, the defence lawyer for many of those arrested, said there is no information on some of the arrested protesters and, as their cases have not been filed with the court, their lawyers aren’t able to take up their case.

Some of the protesters who were let out on bail have described horrific physical and psychological torture, including beatings with batons, genital torture, and rape. This is designed to break their spirit, so they falsely confess to “having contacts with opposition networks abroad”.

It was reported that over 300 protesters are currently being held in a large container, called Ward 5, ar the Greater Tehran Penitentiary (aka Fashafouyeh). This ward newly built is and lacks even the most basic facilities.

In Qarchak prison, arrested protesters are being held in an old sports hall, with no ventilation or facilities. The detainees sleep on the floor in horrible conditions.

The intelligence agencies and security organs of the Iranian Regime have been pressuring families of protesters murdered by the regime during the November uprising to say that their children were not protesting and are, in fact, “martyrs” of the regime.

In return, the regime will give the family their child’s blood money and pay them a retirement salary; a bribe that would be very tempting in a country where 80% of the country is living under the poverty line.

The families that have already spoken to the media and said that their children were murdered by the regime while protesting have been put under increased pressure to retract their statements and say that they are on the side of the regime.

One of those families is that of Borhan Mansournia.

Mansournia, who was 28 and had a PhD in veterinary medicine, was shot by live ammunition on November 16 and died 34 hours later in Taleqani Hospital in Kermanshah (western Iran).

His family were forced to bury him at night in Marivan to avoid attracting protesters. They are now under great pressure to register him as a martyr of the regime and say publically that he was killed by protesters, not by the state security forces. The local IRGC Intelligence office even summoned Mansournia’s father on January 30 and threatened him under interrogation.

The regime is so opposed to any more news getting out about Mansournia getting out, so they are putting pressure on the family at every opportunity. They’ve even sent regime authorities, like the Friday prayer leader and the governor of Marivan and the IRGC Intelligence representative, to their house to take photos with the family and claim Mansournia as one of their own.

Despite this, the family has refused to give in.

Meanwhile, the family of Nasser Rezaii, a 36-year-old agricultural engineering graduate, have been under great pressure from the regime to say that their son was just passing by the demonstrations and was murdered by protesters, rather than the regime.

Rezaii, a newlywed from Sanandaj, was shot in the head at point-blank range by security forces, in Fardis, Karaj, on November 17. His family has also refused to give in to the regime’s demands. They stressed that he had taken to the street to protest against the regime, but the regime’s security forces answered him with a bullet that went through his right eye and killed him.

Over 12,000 people, including many juveniles, were arrested during the nationwide protests that began after the government tripled the price of fuel overnight. (Ammar Cyber Base reported on November 24 that at least 116 minors were arrested and transferred to rehabilitation centres.)

The protests quickly became political and the authorities issued a harsh crackdown, killing 1,500 people and wounding at least 4,000.

“HOSTAGES For-CASH”— HOW to RESPOND to IRAN’s SCHEME