Iran Regime Commander Bragging About the Murder of Americans 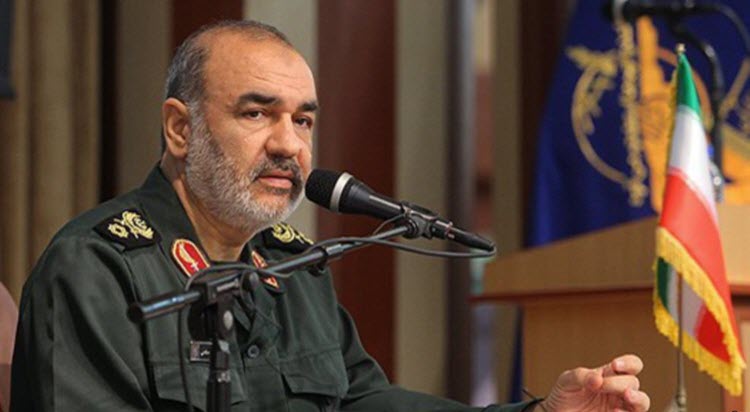 London, 10 November – The deputy commander in chief of the Islamic Revolutionary Guards Corps’ (IRGC), Hossein Salami, has bragged about the murder of 260 Americans in the 1980s.

Hossein Salami said: “In 1983, the flames of Islamic revolution flared among Lebanese youth for the first time, and in a courageous act, a young Muslim buried 260 United States Marines under the rebels east of Mediterranean Sea.”

This was the single deadliest terrorist attack on American citizens on foreign soil and by painting the murderer as a hero and those brave Marines as evildoers, he bolsters similar terrorist attacks today and he’s not the only one.

Mohsen Rafighdoost, the former minister of the IRGC, said: “The United States knows the explosives that mixed with ideology and sent up to 400 officers and Marines in the United States Marine Barracks to hell; both the TNT and the ideology behind it came from Iran.”

They are bragging about the murder of American citizens and in an op-ed for Front Page, Dr Majid Rafizadeh, said that it was clear that appeasing the Regime has done no good. Indeed, an Iranian general threatened the US that they will reactivate the nuclear centrifuges if the USA doesn’t hold up it’s end of the 2015 agreement.

Iran’s Supreme Leader, Ayatollah Ali Khamenei said: “Compromising with the United States in no way solves the problems of the country. None of the economic problems, political problems, security problems, and moral problems will be solved. They will be exacerbated. There are a dozen reasons for this. More than a dozen reasons can be raised to this effect. The nuclear agreement is the last case.”

A few months ago, Salami boasted about destroying Israel. He said: “Today, more than ever, there is fertile ground — with the grace of God — for the annihilation, the wiping out and the collapse of the Zionist regime…In Lebanon alone, over 100,000 missiles are ready to be launched. If there is a will, if it serves [our] interests, and if the Zionist regime repeats its past mistakes due to its miscalculations, these missiles will pierce through space, and will strike at the heart of the Zionist regime. They will prepare the ground for its great collapse in the new era…tens of thousands of other high-precision, long-range missiles, with the necessary destructive capabilities, have been placed in various places throughout the Islamic world…They are just waiting for the command, so that when the trigger is pulled, the accursed black dot will be wiped off the geopolitical map of the world, once and for all.”

Reuters: A U.N. resolution on new sanctions against Iran...

Iran’s nuke plans may be unstoppable

USA TODAY: The core of President Bush's foreign and...