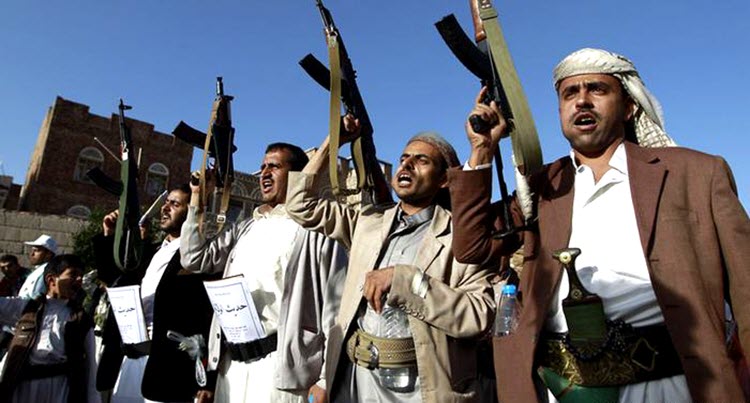 London, 1 Dec – Recent raids on arms smugglers in the Arabian Sea shows a link between Iran and Yemen.

The weapons shipments uncovered by British-based activists in the Arabian Sea show that Iran is funding Houthi rebels in Yemen
The shipments included guns made in Iran, Russia and perhaps even North Korea.

Of the raided ships, two out of three were not registered to a state but were manufactured by Al-Mansoor, an Iranian shipbuilder whose yard is next to an Iranian Revolutionary Guards base.

It continued: “Analysis of the weapons suggests that at least two of the three deliveries were probably supplied with the complicity of Iranian security forces.”

The Iranian foreign ministry denied funding Houthi rebels, but the evidence speaks for itself.

It is hard to control smuggling in the region because of the various conflicts.

Abdallah Jama Sallah, the former Minister of Ports, Maritime Transport and Counter Piracy in the semi-autonomous Somali region of Puntland, said: “In 2015, our own forces reported 160 Iranian boats fishing in our seas without permission. There’s no way of verifying them. There’s lots of weapons going back and forth, it’s absolutely impossible to control that sea.”

In earlier raids, forces from Australia, France, and the US seized 4,500 weapons including 2,000 assault rifles, 64 Hoshdar-M Iranian-made sniper rifles and light machine guns believed to be North Korean.

Iran says hopeful of end to row with Britain

AFP: Iran is hopeful the standoff with Britain over...