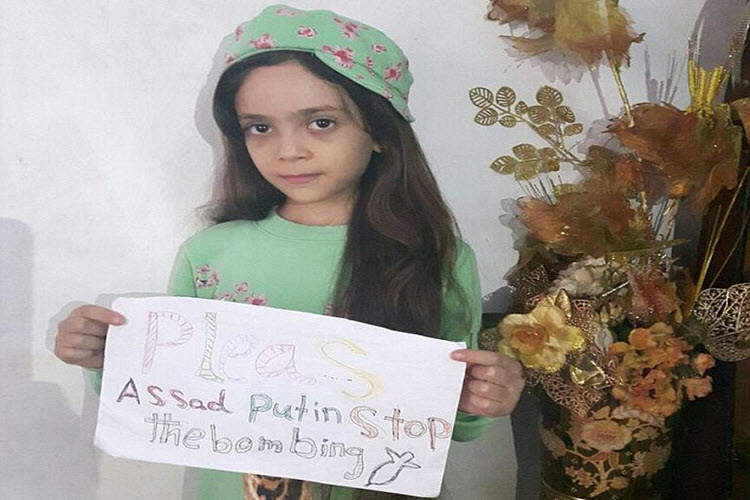 London, 20 Jan – Bana al-Abed a seven year-old Syrian girl and her mother Fatemeh have used Twitter to update the international community about the horrors of being in Syria. At the height of the siege their account went silent. Given their frequent posting, followers became very worried, especially because the last few messages had a dark tone suggesting the two had become resigned to death. Thankfully we know the pair have since been safely removed from Aleppo and they are back to using social media to raise awareness about the Syrian war.

Social media has been used extensively to highlight the crimes being carried out by pro-government forces as they overturned the city of Aleppo. Accounts of people being killed while trying to flee the city are shared. The whole world has been able to read these horrifying stories.

Last month the United Nations confirmed that over eighty people were captured and killed by militant supporters of Assad’s government with the backing of Iran.

Sadly some of the outspoken social media users have not resurfaced after they posted their accounts of what they have seen. Many reported about seeing their family, friends and humanitarian worked killed in front of their eyes.

These accounts by people on the scene remind the international community that real people are behind the conflict. That this is the reality for many men, women and children. They are giving Western policymakers a personal connection to a war they are far away from. It would be realistic to hope that this connection would lead to action.

The UN, the US and allies need to approach the ceasefire firmly and they need to be assertive in negotiations for a political solution.

We have now all seen the destructive role Assad and his Iranian backers hold. Russia guaranteed that a humanitarian pathway would remain open to evacuate the city, but as people got past it last month, an Iranian checkpoint stopped them and turned everyone back. This was the day after the ceasefire had been agreed.

The Iranian regime has meddled in Syria for far too long. It has a history of hostage-taking and to start doing this in Syria is unacceptable. The Iranian regime is trying its hardest to prolong the war in Syria. If the regime is not expelled from Syria, conflict will continue.

President-elect of the National Council of Resistance of Iran (NCRI), Mrs. Maryam Rajavi, has warned about the regime’s presence in Syria. She said that it is the main source of crisis, not just in Syria but in the entire region. It had a major role in the expansion of ISIS and is the biggest threat to tranquillity in the region.

So in order to prevent even more bloodshed in Syria, the international community must ensure the ceasefire is respected and Iran stops meddling.

New York Times: Of all the claims that Iran...